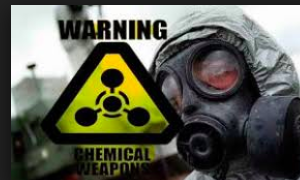 You’ll hear people in the media declare that this is the “post-truth age”. This has an air of credibility about it, when we take into account the verbal somersaults and tweet contortions of President Trump. But I’m not sure it’s helpful to call this the age of post-truth. For decades at least, we’ve been struck by the difference between what politicians promise when they come to our door and what they deliver once they’re in office. I think a better description, at least in politics, would be the post-evidence age.

That is to say, politicians expect us to take them at their word. Which on repeated occasions proves to be about as sturdy as a bowl of blancmange. You can probably come up with your own but I tend to think of Tony Blair’s claims about weapons of mass destruction and Iraq, the evidence-less claims that those killed on Bloody Sunday were carrying weapons, and the Tory claims that the Russians had attempted to kill Sergei Skripal and his daughter with chemical weapons. In the case of Iraq and weapons of mass destruction and that of the weapon-carrying victims of Bloody Sunday, the general public has slowly learned how lacking in evidence these claims were, but only when it was too late. Iraq had been invaded and thousands lost their lives; the apology for the Bloody Sunday weapons claim has never really come,except you incorporate it into Davaid Cameron’s apology for killing fourteen people.

But in the Skripal case and this more recent one of Assad launching a chemical attack on his own people, we’re firmly in no-evidence territory. In even the most basic of detective stories, the detective looks for two things: the weapon and the motive. In the case of Skripal and the alleged chemical claim in Syria, we have neither.

Was Sergei Skripal and his daughter poisoned with a chemical substance by Russia? We don’t know. We haven’t seen either person, so they could be at death’s door or out dancing at a local night-club for all we know. Were we shown evidence of the weapon – a chemical substance? No. Lots of chaps walking about in space suits but no evidence. Ditto Syria: we saw shots of children being hosed down, but whether that was the appropriate treatment for someone suffering from a chemical attack, we don’t know. Nor have we had any evidence that it was Assad who launched this attack. We have only the word of our political leaders.

As for motivation – I mean, come on. Assad and his allies are on the brink of complete victory in Syria, using conventional weaponery. What possible reasons could they have had for now using chemical weapons, and exposing themselves to international condemnation? None. But without evidence and without motive, they’re still deemed guilty and that most measured of men, Donald Trump, has promised massive attacks which he claims are retaliation.

But the worst crime doesn’t rest with Trump or May or Macron or any of the strike-back-now brigade. The worst crime is that of the Western media who, instead of pointing out the inconsistencies in the claims of the West concerning chemical attacks, confine themselves to asking “What next?” We’re hardened to politicians being devious lying bastards. I for one am starry-eyed enough to believe that the press take seriously their duty of speaking truth to power. Npw alas, I’m beginning to think that, when it suits them, our media glide past awkward truths. There’s a particularly hot corner of hell reserved for fakes like that.