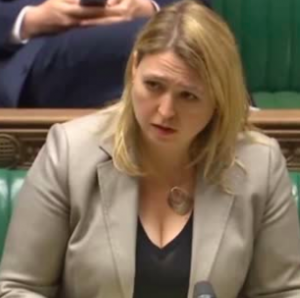 The cliché is that Brexit has changed everything. Indeed. But you could have knocked me down with a q-tip this morning, when I heard Malachi O’Doherty announce that he would be open to the possibility of voting for a united Ireland because of Brexit. On the same radio programme, Declan Kearney of Sinn Féin said that a border poll should be announced and then held within 1-7 years. That seems to me good sense, although I’d bring that back to 3-5 years.

The present upsurge in interest has come from Theresa May telling Jacob Rees-Mogg that she wasn’t keen on a border poll because it might be won. That’s not quite saying you believe that the poll will show a majority in the North in favour of a united Ireland but it’s heading that way. Which is why we should be told the criteria to be used by the British secretary of state when and if she calls a border poll. Admittedly, it’s really Theresa May (if she’s still around) who will tell Karen Bradley (if she’s still around), but the principle still is valid: we are the ones affected and we really MUST know the criteria.

As I say, I’d be in favour of a poll  3-5 years from now. By that time we should be really feeling the effects of Brexit And while much divides us , there are few people now other than a few flat-earthers who think that an economic border in Ireland makes sense. In other words, the economic argument for Irish unity has been made and accepted. That’s a massive advance.

Declan Kearney said that it is up to republicans to reassure unionists that their future in a united Ireland would be something they desired. Indeed. Nobody wants to drag a large portion of unionism, kicking and screaming, into a united Ireland. At the same time we should remember what the Good Friday Agreement states: when there is a majority in the north (and the south, ach sin sceal eile), there will be constitutional change. We should not be kidded into believing that there must be a unionist majority wanting a united Ireland. The people of Ireland north and south signed up to a straight-forward majority, not a unionist majority. That said, we should be exerting every fibre to argue the case for a united Ireland with our unionist fellow countrymen and women.

Mind you, Brexit has already assured that a lot of them are half-way there already. After 3-5 years of Brexit punishment, you can expect quite a few more will have made the Malachi-shift.

Fear and loathing in Gaza
Saturday nuptials: will you be watching?