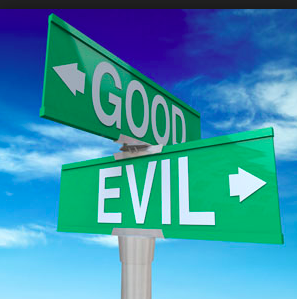 I note where Bishop Kevin Doran of Elfin has said that practising Catholics who voted Yes in the recent referendum should “consider going to confession”. “Every person’s vote has both a moral significance and a political significance,” he adds. As belts of a crozier go, it’s a pretty mild one: Archbishop John Charles McQuaid would have put a lot more muscle behind his condemnations. Bishop Doran is echoed by Belfast’s Father Paddy McCafferty, who contributes to debate on my Facebook site from time to time. He suggests that people who voted Yes in the referendum and who are planning to get married should perhaps select Belfast City Hall or some other secular setting, rather than a Catholic church.

I have sympathy with both men, certainly in terms of logical behaviour. In this case, if you see the taking of innocent human life as OK, it’s reasonable to suggest that you’re out of kilter with the Catholic Church’s teaching. Why be hypocritical, picking and choosing which parts of the Church’s teaching you favour and which you reject?

Both the bishop and Fr Paddy’s argument are based on one assumption: that the person voting Yes believed they were voting for the taking of an innocent human being’s life. As it happens, that’s how I see it. But I can’t bring myself to believe that the huge numbers of people who voted Yes really favour the killing of unborn babies. I’d prefer to think that they saw the foetus/baby as some form of pre-human life – part of the woman carrying it. If that is honestly the conclusion they’ve come to, then despite other people’s opinions, including the Bishop and Fr Paddy, they have not consciously aided and abetted the slaughter of the innocent. Conscience trumps everything else.

It’s also possible that some people voted Yes because their friends were doing it, because they see the right to abortion as part of being modern and liberal, or because most people prefer to be on the winning side, and the Yes camp looked all the way that they’d be winners. In cases like that, it’s rather more iffy that they are sincere and commendable.

But the argument implicitly advanced by the Bishop and Fr Paddy is an interesting one. If you are going to be a Catholic, does that not mean you should follow all of the Church’s teachings? Again, logic says you should. If you play a sport, you follow all of its rules, not just the ones you like. If you’re a vegetarian, you don’t have a quick steak every second Friday night. And if you’re a Catholic, you don’t just come to church for a christening or confirmation or marriage or funeral.

While I accept the logic of that, I’d reject it for ordinary, frail, self-contradictory human beings. Whether someone is performing an act that appears unequivocally wrong or even evil depends on how that person sees the act, not how anyone else – including Bishops and priests – sees it. Ultimately it’s a matter between the person and his/her conscience/God.

So while I continue to see abortion as a ghastly blot on Irish life, I also accept the democratic will of the electorate. And I think that matters of sin and guilt, good and evil are complex matters, with the individual concerned the ultimate arbiter. As for voting Yes and then planning for a church wedding: there is indeed a lack of logic in such conduct, but isn’t it better to support people in solemn and important points in their lives, rather than turn them away for being irrational? As Shakespeare had Hamlet say:

“If you pay everyone what they deserve, would anyone ever escape a whipping? Treat them with honour and dignity. The less they deserve, the more your generosity is worth. “

View all posts by Jude Collins →
The DUP: deaf to the winds of change
Arkady Babchenko and the DUP: heading in opposite directions?