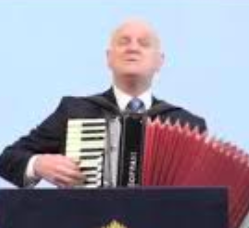 “The medium is the message” Marshall Mcluhan used to say back in the 1960s, and some of us still haven’t got his point. So often, what pretends to be a neutral source shapes the message it delivers.

Two examples I came on a week or two back.

The first was from The Guardian, which had a piece headed “McDonnell backs out of prison conference over ‘IRA apologist’ claims.” The story explains how Labour’s shadow chancellor John McDonnell had been “expecting to address dozens of delegates” at the annual conference of the Prison Officers’ Association (POA) in Liverpool. But he stood down when an objection was lodged, with one member describing him as “an IRA apologist.”

Was there ever a word less understood than “apologist’? When Cardinal Newman wrote his “Apologia pro vita sua”, he wasn’t apologizing for his life, he was attempting to explain the thinking that led him to live the life he did. So too with McDonell – his writings and his speeches haven’t attemped to apologise for the IRA; what he has done is set the context from which the IRA emerged, and why they mounted the long campaign they did, and why men like Bobby Sands sacrificed their lives.

It’s a pity McDonnell allowed himself to be pushed out of the talk he had planned to deliver. The Guardian report notes the fact that prison officers were targets of the IRA during the hunger strikes. It quotes “a source” as saying ““Some members from Northern Ireland were furious with the idea that he might address our members. He is the man who wanted to honour Irish political prisoners but it was our members being blown up for doing their jobs in those same prisons.”

Anyone familiar with the behaviour of prison officers during the hunger strikes would know that their role was something more than just “doing their job.” In short, the objection to McDonnell speaking at the conference aims to present a neat white v black, good v evil picture of that Troubled time. Alas, that’s been tried time and again, and it doesn’t work.

The second report was in the online newspaper The Canary. It noted that while public attention was directed elsewhere, Theresa May announced her new batch of lords, and that it included one Robert Thomas William McCrea.

The article is headed ‘While everyone focused on the royal wedding, Theresa May made a very sinister figure a lord”. The report notes – with a photograph from the time – that McCrea appeared on a platform with the LVF leader Billy Wright. It also notes that “1986 state papers revealed that McCrea called for the British government to launch ‘Libyan-type strikes’ on Irish border towns during the conflict.”

The Canary doesn’t mention it but some of us remember when McCrea was beaten in a Westminster election by the late Martin McGuinness, how his concession speech informed the Mid-Ulster electorate that if they lay down with dogs, they would stand up with fleas.

The Guardian didn’t draw any such embarrassing details to the attention of its readers. But The Canary is that kind of online newspaper which doesn’t mind tapping the British public on the shoulder and telling the back-story attached to this particular peerage. Theresa May knows how dangling the award of peerages in front of the DUP makes them wonderfully agreeable. If the mainstream British media didn’t cooperate by glossing over uncomfortable details, the Good Guys/Bad Guys presentation of the Troubles would be seriously damaged.

I’m guessing that a lot more people read The Guardian than read The Canary. Which is a pity. Still not everything is gloom. The title “Lord Willie”does have a certain ring to it, wouldn’t you say? Maybe the reverend peer will pen a song with that title  and include it in his next gospel album.