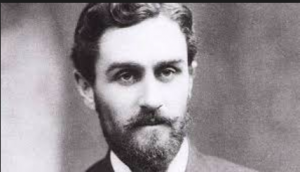 IN WRITING, on Behalf of HMG, £5,000 and free passage in America,to a Norwegian citizen, to murder

Roger Casement. The Minister had interviewed the citizen a number of time since he had been seized in

the capital of his own country by some of the Minister’s goons, bundled into a car and forced through the

back door of the Legation in October 1914. Together with the written promise Findlay had given the citizen

the backdoor key to his Legation.  Norway was a neutral country and Britain was stridently solicitous for

the safety and integrity of neutrals.

In October 1915, in Belgium, Nurse Edith Cavell was shot, after a German Court Martial, for passing information

to the British who had declared war on Germany and were waging it.

The British maintained she had not done so, and THE TIMES claimed shortly after that the execution had been

Worth two Army Corps to the British, as tens of thousands of chilvalrous men flocked to their Colours to

avenge the “atrocity. ” The Church of England, presumably similarly inspired, inscribed Edith Cavell in its

In October 2015, on the centenary of the nurse’s “martyrdom”  Dame Stella Rimington, a former

Director of MI5 confirmed that Cavell was guilty as charged and convicted by the Germans, who had

her, as the saying goes “BANG TO RIGHTS”.

that fate. Born in Dublin, arrested in Kerry, he had to be moved to London to be sure, to be sure.

He was charged before an English jury,who found him guilty of treason, but his worldwide reputation

a reprieve. It seems that having been shown papers of doubtful provenance, with no bearing on the trial

or sentence he changed his mind.

I don’t expect, from its record, that Britain’s Establishment will come clean on the defamation of Casement.

And the Irish Establishment, God help us,  Is too preoccupied with its own precious back passages to seek

View all posts by Jude Collins →
SENSE, SENSIBILITY AND FINTAN O’TOOLE by Donal Kennedy
Pinning the Brits down, lifting mercury with a fork and related matters