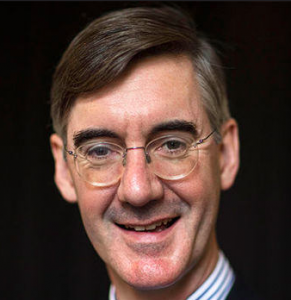 So is the EU bluffing? When Jacob Rees-Moggs stood up in the House of Commons and urged Britain to call the EU’s bluff and simply tell them that if they didn’t want a border in Ireland, then not to build one – was he making a valid point?

Not according to the Sinn Féin Brexit spokesman David Cullinane. He says Britain is trying to make out that “the EU can essentially break the rules of the customs union. Rules exist for a reason and once you’re in the customs union you have to abide by those rules. If not, you are subject to checks and tariffs. He knows that.”

Which is a good point. EU member states do indeed have rules. They use these rules to distinguish between goods and people coming from within the EU and those coming from outside the EU. So if our North-Eastern Nest (NEN) is yanked out of the EU with the rest of the UK (even though it really really doesn’t want to go), then the south of Ireland, as part of the EU, will have to acknowledge the changed circumstances and apply various rules to goods and people coming from outside the EU (particularly our dear little NEN) into the EU ( the south of Ireland.)

So it looks as though Rees-Moggs, for all his Bertie Wooster imitation, is right: the EU would have to build a border in Ireland, to make sure their rules are applied.

But hold it just one minute. The UK won’t have open borders when it leaves the EU. In fact that was one of the arguments the Brexiteers put forward for leaving the EU: that they wanted to control immigration into the UK. To control immigration, and goods and services, you have to check who’s coming in and who’s going out, what goods and services these are. In short, a UK which has left the EU will have to have…correct, class, you’re ahead of me…a border. And it’s not just one border that’ll need building: it’s two. Don’t you remember? There was always a northern customs post and a few yards down the road, a southern customs post. So except something is done, both the EU (in the form of the south of Ireland) and the UK ( in the form of our NEN) will have to build/rebuild their very own border.

Is there a solution to all this? Of course there is. It is for our NEN to be given honorary EU status. Which would make economic sense. To take agriculture as an example: some 49% of the south’s food exports go to the UK. They’re already suffering because of the decline in the value of the pound. Things will really get tricky if the south’s food exports to the UK face a tariff wall. What’s more, every year thousands of animals and huge volumes of agricultural produce cross the border for further finishing or for processing, as part of a complex supply chain. In 2015, exports of agricultural products from the south to the north (including food, drink, forestry and animal by-products) were €759 million. Imports to the south from the NEN was €567 million.

It’s like the MAD doctrine – the belief in Mutually Assured Destruction held by both sides in a nuclear stand-off. Both sides don’t want to have the vast expense, let alone use of nuclear weapons. Yet they keep on building and storing them for use. The logical thing to do is for all sides to stop producing and dismantle their ghastly weapons in double-quick time.

Likewise a renewed border in Ireland. If the south stays in the EU and the north leaves it, both parts of Ireland will have to foot a huge financial bill for maintaining a border check, which will slow down and in many cases destroy cross-border trade.

And trust me: it can happen. If the DUP are allowed to give expression to their monumental insecurity, not to mention stupidity, there will be a northern border and a southern border. If the DUP would open its eyes – and mind- to the North’s need of special status (i e, honorary membership of the EU), special status could be agreed and the farming community on both sides of the border could utter a huge sigh of relief as the most catastrophic economic, social and maybe political upheaval since the two states were established could be avoided.