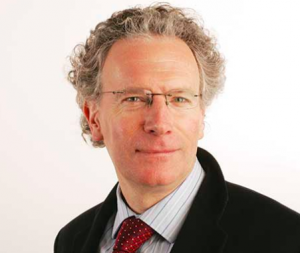 Fintan, fresh from his fist-pumping  fustian  success in the most recent  A-list Referendum, and  being a feisty, zeitgeisty kind of fellow decided to focus on Fermanagh.

Nothing accidental about that choice of location, Fermanagh  being the only county in  Occidental England beginning with an F.   Hence,  what better place to keep the can  of cant kicked down the boring boreens of Ye Olde Éirelande for once and for some.

And what better way to celebrate the (gulp)  abortive attempt to revive the lingua franca of fhe Leprechaun than to quote copiously from the pome of a hitherto obscure poetaster from Fermanagh whose first name also begins with F.  And  whose  prosaic  prosody too displays a penchant for the F-word.

Here is  homely  Fintan homilising from his (gulp) pulpit in The Unionist Times:

A toffee girl, a gay run.

These are, of course, the words of the National Anthem. In a poem of that name in his terrific recent collection, The Darkness of Snow,  Frank Ormsbyrecalls this scrambled phonetic rendering from his Fermanagh Catholic childhood. This is not an exercise in mockery of the Irish language along the lines of Gregory Campbell’s “curry my yogurt”. As well as being very funny, Ormsby’s poem is also a poignant meditation on cultural dissonance and the effort to conform to an identity you don’t really understand:

yet up we stand, the tricolour unfurls,

and we belt out the impassioned nonsense

we have learned by heart.

Times were when The Unionist Times would  have had a conniption of  Castle  Catholic proportions if such a f-word faux pas had slipped past the printers: their   readership would surely, Shirley, have TUT-TUTTED at this ‘not our type of typo’  till their prize charolais came home while the moustachioed share-holders (the majority of whom were / are Majors)  would, indubitably, darling, have had a Geraldine  fit of the vapours.

How standards have fallen, Felicity. Now, it’s a case of:  Give the Woman in the Bed more Cole Porter.

In a word or two/ cúpla focal:

As the Fine-minded Fintan points out in his  predictably perceptive way: ‘This is not an exercise in mockery of the Irish Language along the lines of Gregory Campbell’s ‘curry my yoghurt’.

Of course, it’s not, F:  it’s worse. And like all selfies it’s far worse:  it’s an exercise in self-mockery.

And gels rippingly well  in that  narrow-focus  broadsheet which enthusiastically tolerates to the point of endorsement  the only racist term still permitted in the Free Southern Stateen:

Now while the daily pulpit from which the Druid of Brooding Dudes (with a neo-snaking regard for the crude) preaches in a modulated screech,  is located in the  chapel of The Unionist Times, of late he has been known to don his Sunday Best (mitre, shockinlgy red socks) and grip the tools, as it were, of his trade (a Cruiser-shaped crozier/ crook).  And to aquaplance at an Anglo angle across town to the pulpits of  one or other  of the two cheek-by-jowl Church of Ireland (sic) Cathedrals.

Moondancing across  might well have been his preferred option for this exercise in moonlighting  but that style of locomotion has  already  been monopolised  by the incumbent in situ, the Archishop of Dublin (sic) , the Very Rev. Michael Jackson (more sic).

Quentin Tarantino’s ‘Pulp Fiction’ is one of the great movies of the age,  and it has clearly influenced Fillum-fan Fintan’s style of ‘Pulpit Fiction’.  As the character called Marcellus mentiotions in passing:

-I’m gonna git all mediaeval on yo ass !

Tis a sobbing shame really that the Quintessential Tarantara fellow called Fintan didn’t get his assistants to drill down into the mediaeval archives when it came to the topic of Ireland’s National Tantrum, one which might be acceptable all the way from Aontruim down to Seandhruim itself. Otherwise he might  not have made this gormless, Ormsbyish comment:

–Peadar Kearney’s lyrics (written of course in English) and the tune that Paddy Heeney worked out on his melodeon…..

Leaving aside the cat melodeon dismissial of a humble instrument, Toole’s most  fascinating faux pas here is the phrase in brackets:

-Written of course in English.

Indicating, of course, that Fine-minded Fintan is aware, indeed awash with awareness, as a Crumlin-born  Chum of Compulsory English, that the reason why Brendan Behan’s uncle wrote the lyrics in the language he did was on account of the Tally Stick, which was the final 19th Centurry modification of the mediaevel Thumbscrew. That conetemporary Chums of Compulsory English today use the term of endeament ‘mum’  dates back to the Thumbscrew of  the 15th Century, so it does.

Curiously enough, Brendan Behan, also a Crumlin lad and a Christian Brothers’ boy to boot, would have no truck with that mantra of the self-loathing shoneen:

Tarantara (as sung by the policemens’ chorus in the Pirates of Penzance) would, should and could tick all the corporate boxes  as the Neo-National Tantrum du nouveau jour from Antroim all the way down to old Seandhruim itself in the Land of Leo (Varadkar, not Maguire).

Alas, a Colman’s coming it has of it:  it just does not cut the mustard. It fails to dot the Imprimaturs or cross the Nihil Obstats of Archbishop Fintan in a flinty mood. Tarantara, you see, was drilled into the unfortunate schoolboys of Ireland’s Own, as part of the annual Gilbert and Sullivan torture season  by the ghastly Christian Brothers who are now but a ghostly Order, and proper order too. Confined to the bosca brúscair of hysteria.

But, of course, horse Protestants for courses, and in the civilised and borrowed surrounds of Christ Church and/or St. Patrick’s there is ne’re an F-word or any such piebald expletive to be heard from the prim lips of Forelock-tugging Fine-minded Fintan,sor.

It’s, like, a kinda Bach to the Future sorta deal going down here. Less of the Tarantara-hugging thug or  bovver-booted bowsie,  more of the Well-Tempered Clavier about the Clever Cloggs of Crumlin, the bus-conductor’s son who has risen to the rank of inspector of rank inferior breeds i.e. the Bog-oak Monolith, or BOM in the hackneyed acronym.

His laterst book launch, for sure,  in the (genuflect) Royal Irish Academy was booked out before you could say:

Thankfully, it was followed by a lecture tour of John Bull’s Other Island and lands even further Westht and more bullish.

Now, old GBS was world renowned in the English-speaking world as a strict tee-total vegetarian. But now and again, he did like to have a sneaky gobble of a choice red, raw cutlet of racism, washed down by a tincture of linguistic superiority. (Call it the Gaeilgeoir grog  syndrome: see above, TUTsy).

In 19 and 46 (Fat Pat-speak) on the occasion, f’rinstance, of his being awarded  the Freedom of Dublin, a distinction – and mindset- he shares with Sir/Saint Bob Gelding, George Bernard Shaw had this to intone:

-The English Language our most priceless acquisiton and conquest gives us ¾ of the world for an audience. Would you throw  that away for a scholastic exercise which was never common speech in any country on earth, like 5th century Latin? And torture chiildren with three languages, English, school Gaelic and vernacular village Irish? It would be much saner to teach them the bagpipes and the pirouetting Highland dancing which attract us to Scottish gagherings’.

This is called Shavian your cake and eating it.

Did, one wonder, Fine-and-Fair-Minded Fintan, the author of Judging Shaw, during his lecture tour tear into GBS for this thoughtful dollop of racism or did he opt to (gulp) sing dumb and keep mum ?

Judge for yourself, a léitheoir dhil.

To finish where one commenced with the F-words: Fermanagh as (cough) re-imagined by Fintan and Frank, aka FaF.

One hates, a Bhuachaillí ón Éirne,  to come all pedantic (that’s pedantic, darling !) in Paddyland, the only English only-speaking country left in the EU, but, guess what, goys: the second last word in the following line in the  leaky, lakeland pome  is incorrectly spelled / spelt:

Sorry about this, Chums of Compulsory English, but this is called FaFfing, in any language.

Sadly, one has no option, having been (erm) hurt into pome writing oneself, but to go out on a Yeatsian note. Pass one one’s quill, butler: