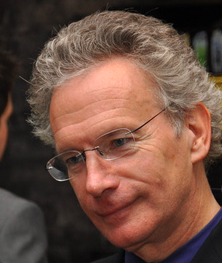 Imagine you were a teenager and a mate of yours had killed someone by careless driving and, knowing so, had done a runner. Would you have helped him escape detection, and forty years down the line informed your world that you felt then, and feel now that you did the right thing?

Suppose your mate had deliberately set out to knock down and kill somebody and you had arranged for the car and petrol for his purpose. And then you had helped your homicidal mate, feeling you were doing the right thing. And after 40 years you had advertised the fact that you still felt that way. You might then be recognised as a person of Sensibility, “a capacity to Feel Exceptional Openness to emotional impressions” according to my Pocket Oxford Dictionary.

No doubt sensibility is a precious quality.

But it doesn’t quite make a Whole Man or a Whole Woman. Not by a long chalk

Long before Jane Austen wrote Sense and Sensibility human beings were said to be distinguished from mere brute beasts by being “rational and moral animals.” I would contend that someone who elevated mere feelings above thought/reason and morality/ethics was not quite a whole, wholesome, or holy being. To use today’s jargon, they have never had a Moral Compass.

On April 14 2018  The Irish Times  carried an article entitled “How I  discovered what I felt about abortion.”   Above the article was a photo showing a grown man with his  head in his hands, presumably representing its author, Fintan O’Toole, the central, perhaps the only, subject, of the piece.

“When I was 18 I knew nothing about anything, and even less about abortion. I had never really thought about it. I suppose I had a vague feeling that it was a bad thing, to be contemplated only in extreme circumstances. And then in Summer 1976 I had to discover what I felt about abortion. It took me all of 30 seconds.

Very few people in my part of the world went to university .I was a student in UCD. This lent me an aura of sophistication and knowingness that was laughingly distant from the truth. But because of it, a male friend my own age called in and asked me

to go with him to his house. His mother and father were in the sitting room with his sister who was, I think, 16. She was pregnant and she had made up her own mind that she did not want to have the baby. Did I know how to go about arranging to have an abortion in England?

What was I supposed to do?  Get up and storm out in a show of moral outrage?  Or sit and squirm and stammer out the quite truthful answer that I knew sweet damn all about any of this stuff? Or try somehow to be of use, to help the girl to get the thing done so that after the school holidays, she could just turn up in class like anyone else, study for her Leaving Cert and get on with her life.

It’s at moments like this, when you find yourself under pressure to make a choice that you are not prepared for,  that your hidden instincts reveal themselves.  Sitting on that couch looking at that girl, two things were immediately obvious. One was that this was not about my feelings at all – it was about her. And the other was that the part of her that was most important here was not her body. It was her mind, her free will, the right to make the decision she had come to. I’d be a pompous little prig if I’d walked out. And I’d be a miserable little coward if I hid behind my ignorance.

I didn’t have the information I wanted but I was in a position to get it, to find the people who could talk to her and help her get to a clinic in England. I knew absolutely that if I did this it would make me complicit in the arrangement of an abortion. A small part in the facilitation of a murder makes you a murderer. If this was a baby-killing and I helped even a little bit, I would be, then, now and forever a baby-killer.”

This was not, moreover, what anti-abortion people like to call a hard case.

There was no suggestion that the girl had been raped. She was in the bloom of youthful good health and there was no reason to think she could not have a glowing pregnancy and a happy delivery. There was not even a melodramatic scenario where shamed and scandalised parents were about to fling her out on the road and warn her never to darken their doorsteps again. Her parents were good people – they loved her and respected her and would have supported her in any decision she made. If she wanted to have a baby and keep it, I had no doubt that they would help her and welcome her child “

The child, who was already in the womb was their grand-child. O’Toole celebrates THE TRIUMPH OF THE WILL of its mother and his role in seeing it triumph .A pity Leni Riefenstahl didn’t come out of retirement to film it.

O’Toole denies that he is a baby killer. Denials and refutations are not synonymous despite the confusion of many journalists.

Had there been no abortion and the child been happily delivered and survived she or he would now be 39, the same age as the Taoiseach. They might even be Taoiseach.

The full article by Fintan O’Toole can be GOOGLED.  I was going to count the number of times he referred to himself but I leave it to you to tot up the “I” s and “ME” s.  Then tell me whether he’s an EGO-HEAD Intellectual.

View all posts by Jude Collins →
How skilled we are at avoiding complexity
BACKDOOR DIPLOMACY, CANONISATION, DEMONISATION IN (OUR?) GREAT WAR by Donal Kennedy