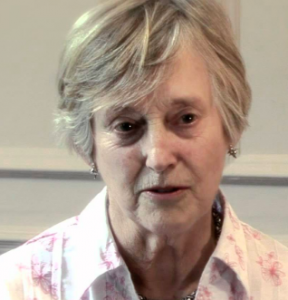 In my last BLOG “BACKDOOR DIPLOMACY …….”  I recalled how the former Director of MI5, Dame Stella

Rimington, in October 2015 confirmed that the British Government had been lying for 100 years

about Nurse Edith Cavell, whose execution by the Germans had been justified according to international

protocol during war. Tens of thousands of chivalrous men had been suckered into the obscenity of

the “Great” War, and the Church of England persuaded Into inscribing Cavell’s name in its Calendar of Saints.

Ms Rimington herself is not above circulating fiction, for she has written a thriller depicting Britain’s

among them. Another former MI5 (orMI6?) agent, Graham Greene, in “The Human Factor” has depicted those

Services in a light suggesting that there is more honour amongst thieves.

accession to power. The Nazis captured Communist Party records of membership of its own

members and other left or left-leaning bodies which had been in Karl Liebnecht Haus, and

MI6 from the British Embassy in London, started 10 days in the Haus, copying the lists.

The HAUS had been renamed after the thug and reputed pimp Horst Wessel, and prisoners

Within weeks 25,000 Germans were in “Protective Custody. “ And the British teenager

Eric Hobsbawm, who had been living with relations in Berlin, from the time he landed

In Britain shortly thereafter, until he died about eighty years later, had his phones tapped

and his mail steamed open by the guardians of liberty and democracy in Britain.

THE TIMES recently reported, that as an issuer of passports, Frank Foley had saved the

lives of thousands of Jews. Presumably he should be honoured like the Swedish Diplomat

Count Bernadotte, and immortalised by a Steven Spielberg movie. Like William Joyce,

was educated by Jesuits. He could feature in an Irish Times Tripe and Treason

The IRISH TIMES TRUST was allegedly created with an MI5 Dictator For Life at its head.

And it welcomed Hitler’s accession to power, precisely because of its rough treatment

of left-wingers, actually saying that you can’t make an omelette without breaking eggs.

View all posts by Jude Collins →
Saturday Pics of the week
The BIIGC: the body that cheeses unionism off