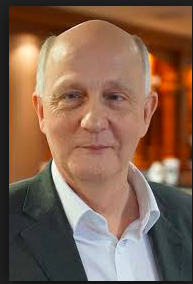 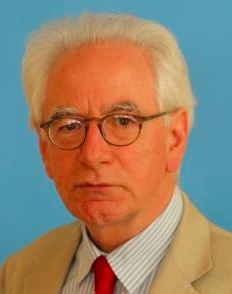 Well. You wait and wait for some commentator to decorate the idea of a united Ireland with question marks, and then two come along at once….Nah, only kidding. If trains and buses ran with the frequency and dependability of attacks on the idea that a united Ireland is on its way, nobody would need to drive a car.

This morning the assault comes from the north and the south. Alex Kane in The News Letter figures he’ll probably live another twenty years and he won’t see a united Ireland in that time. His contention is that Brexit has changed everything and a united Ireland is now much-talked about.But “a good [Brexit] deal is bad for the prospects of Irish unity in the near future. Even a bad deal doesn’t make unit a necessarily easier prospect.” See what he did there?  Heads I win, tails you lose. Alex figures that London and Dublin would have to be the ones pushing the case for Irish unity and they’re not doing that.

And there was me, clutching my crumpled little copy of the Good Friday Agreement, thinking that it depended on the people of the NEN. Silly me.

The other charge comes from Paul Nolan ( don’t forget the Doctor) who writes an article in the Irish Times under the heading “United Ireland may be in the gift of ‘others’” . His core point appears to be that, although the Catholic population is growing apace in the NEN, this is not reflected by an equal surge in nationalist/republican voting. What’s more, the Catholic population growth will level off, leaving the nationalist and unionist populations roughly the same. And he points out that people who described themselves as ‘Other’ than unionist or nationalist comprised 16% of the voters in 2016. He figures that if there were a united Ireland poll, this 16% would be crucial; and he drives the point home with a grabber of an exit line:

“As one demographer put it to me, ‘If there is be a united Ireland it may be because of a Chinese woman in Finaghy.’ ”

It’s an interesting article with some valuable percentages listed, but I feel the good Doctor has arranged his final analysis to fit in with that last punch-line, rather than vice versa. He starts by making it clear that he’s going to focus on demographics, not Brexit; but if you’re talking about demographics and their political impact, it’s not that good an idea not to factor in Brexit. And if you do put Brexit in the mix, the only people on the island who think Brexit is a good idea are the DUP. And if that ‘Other’ lot do decide to vote in a border poll, they might well see the problems that being outside the EU will bring.

Besides, why does it have to be a Chinese woman? It might be thousands of Filipinoes, or Poles, or Romanians. Or maybe even some of the thousands of indigenous Protestant unionists who can see the common sense of being positive about a united Ireland rather than clinging to Mother England’s leg as she kicks the wall to get rid of you.

View all posts by Jude Collins →
This Thursday…
The Aidan McAnespie killing: another witch-hunt?