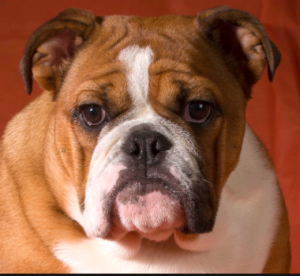 The Linguistic Lapdog with the Laptop operates  two remarkably  opposite  bark policies, for sure and simultaneously:

Re. Anglophobia: his policy is to  bark narkily  from dark to dark  with exclamation marks !!!!

Re.  Gaelphobia : his policy is /  is é a pholasaí ná tost nó bust ó dhubh go dubh, with nere  a solitary exclamation mark in sight during daylight. (-)

There is scarcely an arena around  where this is more clearly evident than  in the theatrical world, wherever motley is worn.

In 1991 FOTUS (for it is still he ! Fintan O Toole Uber Shoneen),  took a  Sabbatical from The Unionist Times where he had been presiding as the Dalai Lama of drama criticism  to sashay across the Liffey waters and  become the Artistic Adviser of the Abbey Theatre: reproacher turned gamekeeper, that kinda thingy.

Perhaps indeed  it is from this very switching of roles that  he first hit upon the wheeze of  ditching the National Tantrum of West Britain. Something along the lines of this superb Shel Silverstein song, perchance?:

FOTUS, in anyways, proved more than game for the role of Gamekeeper aka The  Bud Abbot of the Abbey Theatre. For those of an uncertain age perhaps a word or two of explanation is compulsory, oops, mandatory. (‘Compulsory’ is, ar ndóigh,  already spoken for in the Free Southern Stateen).

Back in the Fabulous Fifties  when lateral winking was all the go,  the still hearty and hale,  glorious Konigin Elisabeth  of Schloss Vindsor  was  a shedivil entirely for  riding side saddle, God save her;  the twinkle-fingered pianist Russ Conway had a hit with ‘Side Saddle’ and the cinematic  comedy duo, Bud Abbot and Lou Costello were  just about hanging in there with their ‘Who’s on First?’ routine. Bod, oops, Bud  Abbot, it hardly needs pointing out at this stage, was the Straight Man.

The National Theatre on Liffeyside  today  is a bush league, bogstandard  version  of the National Theatre on Thameside.  Much, though not all, of the  credit  for this delightfully cockamamie situation in 2018 is down to the ongoing forward influence of the brainy  Bod, oops, Bud Abbot of  the Abbey, dating back to 19 hundred and 91 (Fat Pat speak !).

That fateful year was on the dogleg of two eras in the Abbey; which may be neatly described as The  Blight and The Post-Blight eras. And nobody sniffed this chronological cusp better than FOTUS, aka, The Linguistic Lapdog with a Laptop. Blight was  the endearing term which those who passionately believed  in the essential pomposity of playacting  on Liffeyside  applied to the ultimtate bogey man from the Bog Oak Monolith: the too earnest by half Ernest Blythe, or Earnán de Blaghd as he oddly opted to call himself.

By a commodious vicus  of recirculation he eventually fetched up  as Brahmin of the Drama Temple of the Free Southern Stateen. And  for some explicable  reason past teasing out by mere mansplaining   this logical Prod  saw to it that those who throd the boards  of Amharclann Náisiúnta na hÉireann during the 40s, 50s and 60s  were equipped to do so in both official languages. Just Imagine ! Could it be that he had a steel-rimmed vision of the Abbey which did not include seeing it become a lesser version of L and H in both senses of that acronym: Laurel and Hardy, Literary and Histrionic?

Ceist retirciúil: had the new Bud Abbot of the Abbey in 1991 ever seen Geamaireachtaí na Gaeilge/ Irish Pantomimes which were always staged downstairs in Amharclann na Péacóige at Christmas Time during The Blight Era? For if he had, then even  the (gulp) quandam theatre critic of The Unionist Times might have caught a glimpse of the possibilities of unsrestrained  Irish plays being performed without an establismentarian (gasp) condom.

To be fastforward for an interval: on the Greenhouse Day of March 17th 2018, the maniacally monoglot  FOTUS  threw a few stones from his desk in The Unionist Times under the heading:

–The British and Irish are no big deal to each other which in itself is a very big deal.

Nowhere does he get to fling a stone at the Leprechaun Lingo on the logical basis that  what doesn’t  exist doesn’t even merit as much a pepple, on behalf of the people (i.e. ABC breedership).

I grew up with those contradictions. The official Irish culture of my childhood and youth was one that defined Ireland as whatever England was not.

Eh? No bark ? No mench of Crumlin dramatist Breándán Ó Beacháin’s  first choice of language, the one with the stench ?  Erse/ Backstop, dead.   Ergo, Anglopbhia’s dead.

Then, mellow the moonlight,  in the fateful year 1991 enter  melodramatically the Deus ex Machina of Middle Éireland, stage left: FOTUS, in the role of Bud Abbot of the Abbey. While in the same year, serendipitilly,  entering stage right,  on tippy toes, was the Lou Costello of the Abbey !  Prompting the old routine:

But first things, second: who got the gig to play  the big part of LC? The hint is in the surname: a hamlet called Casla, but civilised to Costello, County Galway.  Yes, indeed, none other than The Pride of Corribside,  The Tea-leaf Reader of Things Theatrical in Tribescity…. …(laddies and gintlemen please be upshtanding and put your hands in your pockets for) ……. The Druidess Gary Hynes herself !

Truly a marriage made in Devon, long after the Cornish there had morphed into a pasty.

Having made her name famously as a, erm, stage coach in the Corribean it was inevitable  that Calamity Gary, aka The Dame of Dramaturgy, the moody,  garlanded one  would one day get the crooked finger from the Beast of Least Resistance  in the East to become the next artistic director, aka,  Abbess of the Abbey.

Toole and Hynes, Hynes  and Toole, rearrange their names every  which way you will, it was – to cane a phrase –  the Perfect Stormy Daniels of a dual appointment. The dual in the crown of the Half-crown Hand-me-down Histrionic HQ of Hiberno-English, bejapers and bejophurs . At long last the end of The Blight was in sight, and even more importantly, out of sound.

For Bud Abbot and Lou Costello perfectly complemented each other; and have never stopped complimenting each other ever since.

It helped that their tastes in theatrical art forms differed, for a start: whereas Bud Abbot had a long-standing pash for M.O.P.E. Opera, from which he just adores to quote  (a subgenre of seriously bad undergrad theatrics, first staged by a coterie of outré immigrants, comprising Southern Yunes on the staff of Queen’s, where wodka and orange are quaffed,  who have toured this  dramatic dross, seemingly for ever,  to their varicose-veined votaries  on the Rotary Club circuit of the Gold Coastmodern, at a loss for something better and less bitter to do) the new  Lou Costello of the Abbey specialised in Omadawn Comedy in general, and the Wesht Coastmodern in particular. The Ollscoil of Connemara or The Looty Queen of Leenane, anyone?

Also, whereas FOTUS is the paradoxical Lord Knowall of The Know Nothing Party (proud motto: ‘Níl fuck-áil focal Gaeilge agam tar éis 11 bhliain caite á fulaingt ar scoil !’ ) Calamity Gary has a bi-polar opposite tale to tell,  having  spent most of her boondoxical adult life trying to shed the dreadful anguish-causing language, having suffered a shed-load of grief at its dung-scented  tongue during her ochone óige.

Thus was the Druidess chosen to be the perfect foil for that straightest of straight men, FOTUS:  for truly is she one of the most naturally gifted Comediennes, oops, Comedians of  the  age, an understudy in and for Joy, unconfined.

The Druidess has frequently and eloquently gone on the public record ullagowning ad nauseam   about the harrowing hours and  horrors of growing up in a (gulp) little grey  Irish-speaking home in the Wesht. One will desist, therefore, from even paraphrasing, another infamously spoiled child of the Wesht ( Oscar Fingal O’Flaherty Wills Wilde, no less):

–One  would have to have a heart of shtone entirely to read the childhood woes of Little Nelloquence without bursting a ten foot length of  gut.

Like a master golfer and his/her dutiful Paddy of a Caddy, poised on the first T for Theatre (National),  they were for all the world like a  pair who seemed grimly intent on hitting the Greens, every last man jack (and jill !) of them, in rotation. And not just in rotation only: but hard, often and with conviction. Plein air Aerobia for Gaelphobia, be the hokey. Determined, not just to see the British Open Plan Auditorium  being played in N.E.N. but in the F.S.S. as well. Arrah, their Claret Jug, with their own mugs inscribed,  was not long in running over. Acting the methodical maggot, parrotting:

-The Message to  The Lingua Franca of the Leprechaun : your plays are numbered. ! The Derby O Gill of Drama is Dead !! No more Greenroom here !!!

The footlights were about to dim forever on The Blight. D’Abbey was on d’brink of d’abyss.

TUILLEADH   le  TEACHT / TO BE CONTINUED

View all posts by Jude Collins →
Signing up to human respect
‘FORGETTING PECCADILLOS?’ – A LETTER TO THE TIMES by Donal Kennedy