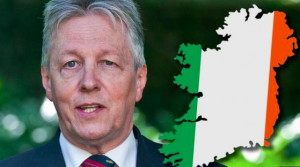 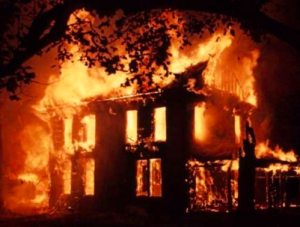 Probably the most interesting feature of Peter Robinson’s warning about preparation for a united Ireland has been the reaction of other politicians. Or make that ‘what other politicians have said’, as sometimes politicians pretend a reaction which isn’t always an honest one.

Most unionist politicians weren’t one bit thrilled by Peter’s Glenties speech. Sammy Wilson hi-jacked Robinson’s metaphor about taking out insurance even though you don’t expect your house to burn down:

“Preparing for a possible united Ireland is not an insurance policy against something unpleasant happening, it is an invitation to republican arsonists to come in and burn our house down.” And for good measure, Sammy said that he wasn’t preparing to go to the moon on Richard Branson’s space shuttle because he didn’t plan to end up there.

The UUP’s former leader the good Lord Empey said that Robinson was becoming “a Sinn Féin echo chamber”, and Jim Allister claimed Robinson was feeding the myth that Irish unity was inevitable.

Republican and nationalist politicians reacted more positively.   Mairtin O Muilleoir said it was simply acknowledging that support for a united Ireland was growing and preparations needed to be made. The SDLP’s Nicola Mallon said that it “has always been the job of unionist leaders to make the case for remaining in the union, just as it is mine and my colleagues’ job to build the case for a new and agreed Ireland”.

So should Robinson have said what he did or should he have kept schtum? On the face of it, Robinson deserves credit for addressing the facts – there is a growing appetite for Irish reunification and Catholic demographics are alarming. Closing your eyes to it won’t make it go away.

On the other hand, opening your eyes to it and acknowledging that it’s there has its drawbacks as well. As Reg Empey notes, there’s an echo chamber effect. For unionist leaders to speak to their followers about the possibility of a united Ireland might be to put bad in their head : Jim Allister’s myth could grow towards reality.

It’s a terrible situation for unionism to be in. If you say and do nothing about the possible approach of a united Ireland, you may just end up eventually crashing out of the UK. Better to play your cards while you still have cards to play. At the same time, preparation suggests you really think it could happen, and once that idea gains traction in people’s heads, it’s hard to dislodge it.

During the Troubles, middle-class Catholics by and large stayed clear of involvement. The SDLP wasn’t intended to be a nationalist party, and that continues to be reflected in their language – note Nicola Mallon’s reference not to a united or reunited Ireland, but “a new and agreed Ireland”. Part of that, of course, is explained by not using the trigger term “united Ireland” – Sinn Féin politicians have on occasion used the same indirect language as Nicola, to avoid unionist horses rearing up in terror.

So where does all this leave us? To my ear, Robinson sounded like David Trimble just after the Good Friday Agreement had been signed. Trimble made it clear that he didn’t like the GFA but that unionism was perfectly safe just the same. Ditto Robinson – I’m acknowledging that there is growing support for a united Ireland but it’s still an unlikely prospect, and what we need to do is respond to the possibility. Wilson, Empey and Allister did the usual downright denial thing.

Personally, I’m sad and glad that unionist politicians have reacted as they have. I’m sad that Sammy and Reg should blast at Robinson’s tame statement with both barrels – it seems they can’t even begin to consider such an appalling vista. And I’m sad that Robinson thinks a united Ireland could be compared to having your house burnt down.