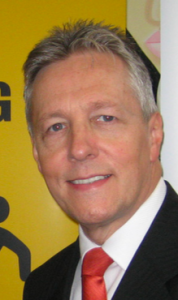 Like most people, I’ve mercifully avoided – so far –  the experience of having my house burnt down. But I can imagine the feelings of utter desolation, that the place with so many memories and souvenirs and plain financial value had been taken away, for ever. Leave aside that the smoke and flames would be bad for the environment: it would be totally crushing to me. Or you, I’d guess.

Now if you saw the headline in today’s Irish Times – ‘North should prepare for possibility for united Ireland says former DUP leader’ – you’d say that has nothing to do with a house being burnt down. But it does. Because that’s what Peer Robinson has compared the idea of a united Ireland to,  at the McGill Summer School. “I don’t expect my own house to burn down but I still insure it because it could happen.”

He adds that he doesn’t expect the north to leave the UK, but if it does, “every democrat will have to accept that decision.”

There are a number of ways you could react to Peter’s statement. The first would be to latch onto the headline and say “At last, unionist political leaders have begun to get real.” That’s true, but there are a number of assumptions behind Peter’s pragmatism that need highlighting.

For a start, Robinson sees Irish unity as comparable to his house being burnt down. Gee thanks, Peter. That makes us all feel a bit better, and glad that we extended the hand of Irish brotherhood to you. Then there’s the fact that he needs to add that “every democrat will have to accept that decision.” Like, they need to be reminded or may need to be reassured that unionists live up to agreements – in this case , that they’ll accept the decision of the majority?  Gee thanks, Peter. Only there is in your comment an implicit assumption that they might not accept the decision of the majority. “I don’t believe Northern Ireland will want to leave the United Kingdom, but if it does happen we would be in a terrible fix.” Oh really? I was under the impression that the border in Ireland is an inhibitor of the economy, not a major benefit And there’s more: “I believe the absence of a working north-south institution has exacerbated the situation.”

Well, maybe if you’d made even a half-effort to make he cross-border bodies half-successful, you wouldn’t find yourself in that pickle now.

Isn’t it sad? We grab onto a headline which Peter Robinson has made, then discover that there are so many assumed attitudes of superiority behind it that you feel like weeping.

The only comparison I can think of is David Trimble after the Good Friday Agreement, assuring anyone who’d listen that it hadn’t really damaged unionism.

Maybe unionist leaders like Peter should be damned glad that the south would even consider unity with a place that contains so many foot-dragging antediluvian idiots. Perhaps a couple of post-Brexit years, living with the chaos of a hard border, will help refine their thinking on whether Irish unity  would amount to a house in flames or a safe house.