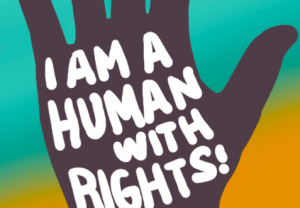 One of the things glossed over in the Ian Paisley junket-on-steroids family holiday was the nature of the Sri Lankan government, which funded him and for whom he lobbied the British prime minister of the time, David Cameron. Is the Sri Lankan government one that should not, as Ian Paisley urged Cameron, be investigated for its human rights record?

Hardly. A visiting United Nations envoy in 2017 said that torture remains “endemic and routine” in Sri Lanka’s counterterrorism methods,  and a number of persons being detained without trial under a harsh anti-terror law is a stain on the country’s international reputation.

“In Sri Lanka… such practices are very deeply ingrained in the security sector and all of the evidence points to the conclusion that the use of torture has been, and remains today, endemic and routine, for those arrested and detained on national security grounds.”

Hardly the kind of thing a Christian MP should be urging his prime minister to turn a blind eye to, is it?

This kind of raw violation of human rights comes from a mindset that sees other people as lesser than themselves. That’s why the International Human Rights Association (IHRI) has used a definition of a particular kind of bigotry: anti-Semitism:

We’ve been waiting for 20 years for a Bill of Rights which the Good Friday Agreement promised us. While we’re waiting, maybe we could use this definition of anti-Semitism here. Last night a Catholic woman in North Belfast was intimidated by loyalists from her home. Since this kind of intimidation is far from rare, and since we have over 3,000 Loyal Order marches every year, perhaps we could adapt this definition and get various loyalist factions and the Orange Order to sign up to it.