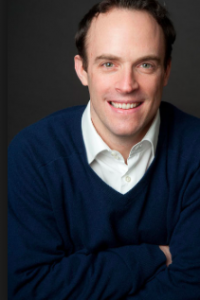 To say the media are deeply interested in Brexit would be an understatement: they are obsessed by it. Which isn’t surprising, since Brexit will be the most significant action taken by the UK in the last fifty years at least. There’s a second reason which adds to the media focus: the almost incredible in-fighting. UK politics is so riven with internal feud and dissent, it’s hard to believe that they’ll have fashioned a deal with the EU by October 2018 – or even by March 2019.

Theresa May famously told the British people: “Brexit means Brexit”, which was literally meaningless. She might as well have said “Trump means Trump” or “Suet pudding means suet pudding”. Cryptic but daft.

More illuminating and more truthful would have been to say “Brexit means the Tory party is at war with itself.” After all, that’s why David Cameron called the Brexit referendum: in the belief that he could crush the anti-EU gang in his cabinet. Then when, against all expectation, the anti-EU gang got the thumbs-up, not the Remainers, Cameron saw he’d made a disastrous mistake and quit.

Since then, the battle has been not just between the UK and the EU as to how the UK should withdraw; there’s now a ferocious battle between the different parts of the UK which have differing views on the wisdom of leaving the EU and a continuing battle within the Tories, with David Davis and Boris Johnson flouncing out of office .

In recent days Theresa May has produced her famous white paper, which was supposed to have been agreeable to everyone in her cabinet. Not so – Jacob Rees-Moggs and the other head-bangers have insisted she change bit of it so it’s sufficiently tough-knuckled, which in turn has tipped the see-saw too far the other way, so now the Remainers in her party are mad as hell.

Will the Tories ever agree on a Brexit position? It seems hard to believe they will, at least in time for October. And let’s suppose for a moment that they do all agree on a position around Theresa’s white paper. The uncomfortable fact is that the EU has already as good as said it’s not a serious contribution to the negotiations.

Is there anything the Tory party can do that might create a Brexit that is good for Britain? Well, the UK’s newly-appointed chief negotiator with the EU, Philip Raab, thinks he’s got hold of something that’ll put manners on the EU. He he has announced that if an acceptable deal is not struck, the UK won’t cough up the £35 billion bill it owes the EU. Perhaps Raab got this idea from the former Foreign Secretary, Boris Johnson, or maybe it was the £1 billion the DUP squeezed out of May that inspired him. Either way, Raab figures threatening not to pay the EU bill will force the EU to be more agreeable.

There’s no doubt the EU would rather have that £35 billion than not have it, so Raab may be right that it’ll focus minds among the EU 27. But then again, if Britain does decide to walk away from its financial obligations, while it would save them money but would shred Britain’s reputation.

And if you think reputations don’t matter when it comes to financial matters, think of the prominence online traders give to positive reviews from their online customers. It’s their life-blood. Buy anything on Amazon and you’ll be influenced by the satisfaction ratings given the product or the firm by other customers. Likewise on eBay – professional sellers can be trusted to send you the stuff you’ve paid for, because they know if they don’t, their reputation will suffer and their business could go down the chute. So were Raab to follow-through on his £35 billion threat, in the long run it would cost the UK an awful lot more.

So back to the drawing-board, chaps. Not because I give a damn what happens to you. I’m just concerned that we’ll be torn to ribbons in the crossfire.