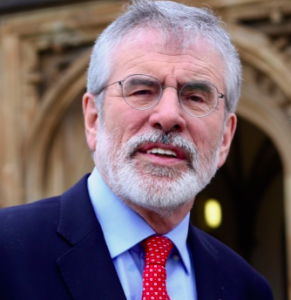 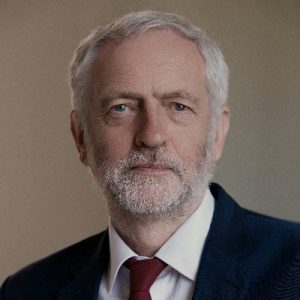 When they’re out to get you, they don’t mind what they throw at you. Two politicians – one Irish, one British – know the truth of that. They are Gerry Adams and Jeremy Corbyn.

You don’t need me to remind you of the many efforts that have been made to destroy Gerry Adams politically and on at least one occasion physically. In 1984 the UDA – which wasn’t banned until 1992 – fired shots in the centre of Belfast and wounded Gerry Adams and several of his colleagues. Other assaults, less physically lethal, have been made on Adams: the Jean McConville case (the man who is to be the next Irish garda commissioner ordered Adams’s arrest in 2014, shortly before a major election; four days later Adams was released without charge). Then there was the Mairia Cahill affair, the Boston tapes affair, not to mention the Gay-Byrne-and-the-Late-Late-Show affair. By now you are probably drawing up a further mental list of ways in which Adams’s opponents have tried to bring him down. Given that he’s retired as President of Sinn Féin, the attacks will probably ease, but don’t bet on it.

Jeremy Corbyn is equally familiar with the ruthlessness of those opposed to him and his politics. In October 2015, the Daily Telegraph dug back into the past to claim that Jeremy Corbyn and his deputy John McDonnell had “close IRA links”. This year the Daily Express headlined what it claimed was his “praise of Hamas terrorists”. When Corbyn was elected Labour Party leader, there was consternation among the Labour Parliamentary Party, with several of them refusing to serve on his shadow cabinet and others resigning from it.Some months after his election as leader, Corbyn was forced to face a second party election for leader, which he won with an increased majority. These days major Jewish figures in Britain have whipped up outrage against Corbyn, claiming he is an anti-Semite and that his words have been comparable with Enoch Powell’s famous “rivers of blood” speech in 1968. The latest attack has been made by the odious but mercifully retiring Frank Field.

The reason there has been such fury and so many attacks against both men is, of course, that they represent change. Sinn Féin, led for so long by Adams, has moved from minus zero to being the north’s majority nationalist party and a growing presence in the south. Corbyn has attracted young people and swollen the numbers of Labour Party members to unprecedented levels. Adams has been seen as promoting republicanism in Ireland, which of course frightens politicians in the south particularly, who prefer paper tigers to the real thing. Corbyn has threatened to make the Labour Party a socialist party – ‘For the many, not the few’. Could there be a greater threat to the establishment in Britain, including the establishment figures within the Labour Party?

Some day, an honest journalist will sit down with Adams and Corbyn and ask them to compare political wounds inflicted by those who loathed them. I wouldn’t mind having a crack at it myself.

View all posts by Jude Collins →
NEVER MIND THE QUALITY…. by Donal Kennedy
Loughinisland: tragedy and the role of the police