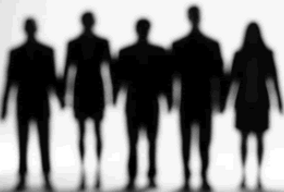 There were a number of interesting items in this morning’s Irish Times.

Another item in the same paper was titled ‘Sharp rise in schools seeking “voluntary contribution”, says Barnardos’. The article goes on to say parents have been forced to subsidise the south’s education system. The report refers to a survey conducted by Barnardos, and quotes various figures in support of their claim that many parents are having to make ‘voluntary’ contributions to the running of the school and their child’s education.

So far so good. Then we come to an article entitled ‘Sinn féin’s political opponents seize on Border poll U-turn’. It seems Fianna Fail, Labour and Fine Gael have questioned what they describe as the ‘U-turn’ by Mary Lou McDonald about the holding of a border poll. Apparently on Monday Mary Lou said she thought that a border poll in the chaos of a possible hard Brexit should be held off until the dust settles. On Tuesday she said that following a hard Brexit next year, if it happened, the British government should hold a border poll.

That got the blood churning in several quarters. Micheal Martin is quoted as saying “Somebody said ‘hold on, that’s not the position.’ It raises serious questions about who’s in charge in Sinn Féin. “

Fine Gael’s Charlie Flanagan said “A political vacuum is dangerous. Vacuums are filled by those who have no regard for the tools of democracy.”

Labour leader Brendan Howlin said that it showed the “puppet masters” in Sinn Féin were still in charge, and Mary Lou was toeing the line of others.

You see what’s being suggested by all three: there are shady figures in the background of Sinn Féin who tell Mary Lou what to do. This is not a new idea – we’ve heard it before from northern politicians.

The Barnardo claim of increased ‘voluntary contributions’ was supported by figures from its survey; and Leo Varadkar said he checked to see if there was ‘land banking’ that was causing the shortage of housing and  he could find no evidence of same.

And Micheal, Charlie and Brendan: what about them? They have made claims, but have they produce any evidence of any kind to support this serious charge? Not a jot. Or tittle. But yerrah sure, throw it out there and if you keep repeating it often enough, it’ll become accepted as fact. Ask anybody. Of course the Birmingham Six were guilty. Until the evidence was checked and then they were released.

The claim that shadowy figures are pulling Mary Lou’s or Michelle’s strings has to be met with a demand – not a request , a demand – to see the evidence for such a claim. In other words, guys, put up the evidence or shut up your flapping mouths.