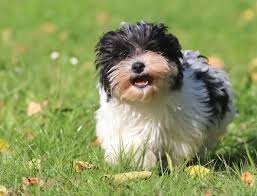 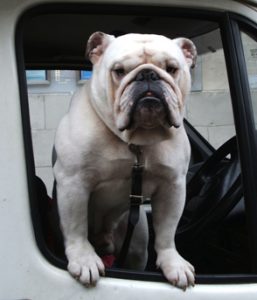 So what exactly does  that enigmatic sign ‘ABE’ hanging by six-strap lace suspender belts from the ceiling of  the lobby in the  theatre formerly known as The Abbey signify ? The ABE, it will be recalled, has an A in red, B in white and E in blue.  Apart from those gaunt unfortunates with a Big Want who feel in need of a personal trainer it  should, of course, be  a no-brainer.

Even the inbred corgi dogs in the streets of Loyalist Liffeyside were barking like mad that it stood, or rather, hung for one who made one of  the most theatrical exits ever  from the stage of life:

(Meanwhile, the Linguistic Lapdog with a Laptop knows  better and so, keeps mum, recognising as he does, as neat a piece of agenda-setting Gaelphobia to the letter, that even he, by gum, could not hope to best. But more of which anon).

The play at which ABE was in attendance that fateful  Good Friday in 1865 in the streamlined Ford Lincoln Theatre in Washington, DC  was: ‘Our American Cousin‘ by Tom Taylor, a play which had arrived from the West End via Broadway. It was a broad comedy which played for belly-laughs and the most endearing character was a chap called (gulp) Lord Dundreary.

His Dundrearyisms (eg, ‘birds of a feather gather no moss’ ) were a sort of Souper Spoonerism before that second term had been coined: they gained great currency at the time of the Civil Peace in the USA.  As indeed did his ‘distinctive bushy sideburns’, which became known as Dundrearies and became quite the vogue among an  óige  /  young gentlemen of both genders.

ABE’s  bodyguard, name of John Parker, was  a parodoxical plainclothes policeman : a  postmodern pre-Beckettian before his time and so, possibly atypical of his profession.  One who, being sick of his day job’s obsession with plots and  counter plots, liked to relax in the theatre of his imaginaiton with  plays that had  Not a Lot of Plot. This was  a big ask and a well nigh impossible task in the reality of  mid 19th century realism.

Finding  the bockety, knockabout dialogue and over-intricate plotting  of  ‘Our American Cousin’ not at all to his taste, he eventually rose from his seat and  in a sub rosa sort of way  slipped out of the Presidential Box and down to the VIP  bar.  That’s where he parked his Foggy Bottom-sized butt on a high stool for a quiet scoop, there to ponder in his nut the vagaries of existentialism.

Alert to a cue as ever, John Wilkes Booth, ac-tor, slipped into the vacancy in the Presidential Box,  unnoticed, and, waiting for the crucial line which he knew, having viewed the play on numerous occasions beforehand,  would let off the loudest guffaw of the evening –

–Well, I guess I know enough to turn you inside out, you sockdologising old man-trap !

It is widely reported that the legendary  triple-flip backward dive which JW Booth then effected from the Presidential Box on to the stage below  was almost identically replicated by the Waking Feminists in the  former Abbey Theatre last year. ‘Almost’ is the A-list word here, for two reasons: 1.  The triple-flip backward dive taken by the WF’s was on an upwards rather than a downward trajectory, there being no boxes, Presidential or otherwise, in the theatre formerly known as the An Amharclann Náisiúnta ; 2: There were no, repeat no ‘sockdologising old man-traps‘ in evidence on that second  fateful night from Dundreary or even Dunleary itself. (Kingstown, perhaps, ach sin scéal eile).

A simian voice from  behind the Arras. The voice is well rehearsed. Who can it be?

Or is it a voice? No, it is a bark from none other than he, whose celebrated cererbral  life has been a high-pitched battle against mere slow-learning, low-earning prattle, none other than  the Polonius of Baloney himself aka  The Linguistic Lapdog with a Laptop aka FOTUS (Fintan O Toole Uber Shoneen)  and he to be hailing this as the death rattle of Anglophobia itself. Pourquoi ?/ Cén fáth?

-Because ABE, in fact, stands, or rather is (gulp) hung up for:

This  is why  the theatre formerly known as The Abbey  has been   snidely changed  in these glib,  liberated, post-side saddle days to (gulp)  The None-ery.

-None of that baring of the Erse  down here or hereabouts ! demand the new pure-as-snow  Puritans, The Sisters of the Perpetual Sucker who now rule the roost  of (gulp) An Amharclann Náisiúnta. (It would be an impertinence to the intelligence of the devoted reader to divulge the identity of the dogcollared Sucker in question).

-Gaelic  is for welk-eaters ! shriek the Wilkes Booth-girls. For far too long we in the Free Southern Stateen  have been coerced into enduring a cant we can’t abide: out with  the Coercion Act involving Compulsory Cant ! Sic semper tyrannis ! The South is Revenged !

Mind you, in fairness, those deluded ones who jumped to the ABE conclusion as in ‘Our American Cousin‘ may be forgiven, and perhaps, even forgotten. For indeed, while the fírst three letters in SOMME do indeed match the initials of ‘Sockdologising Old Man-trap’, the sad, mad and bad fact of the matter  is that there’s nere a wan of them to be found in that  disasterpiece:  an all-male cast.

So, why no bark, yap or yelp itself from The Lapdog? Simplicity itself: there is an exception to even the most  castiron Toole Rule with castration in mind. As this thigh slapper of  an excerpt from the theatrical  centrepiece  of the  Centenary (sic)  of  Commemoration (sicker) and Celebration (sickest)  in 2016 will attest: ‘Somme Enchanted Evening’ by the Pride of Buncrana, Frank McGuinnezzzzzzz at the ‘National’ Theatre still called The Abbey.

-I suppose they’re saying the same thing over there?

Hard though they might try, even a triumvirate of supremely witty  wags such as  SWaG, the Gag  Gold Medal Champions of the Century  (Spike, Woody and  Groucho) couldn’t  top the above  for a riotous  rib-tickler  from the heart-wrenching trenches. Not so much the quality of the wit as writ, stratospheric though it be, it’s more the way that every  Frank McGuinnezzzzzz  character talls ’em. Carsonian in a carcinogenic way, that kinda thingy.

That’s why this disasterpiece is set to be revivied on umpteen ulcerated Ulster occasions on Loyal Royal-welcoming Liffeyside, in front of breathless audiences (no coughers, please, we’re Oirish) in The None-ery  thereby swelling the coffers and making even bulkier  the swagbag of The Pride of Buncrana, with even a possible tour to  Germany in the offing. (This’ll do in Dusselforf when morphed into High German, then?)

-This will be the new normal, Norma.

-Jimmy’s Hall tells the true story of Leitrim farmer Jimmy Gralton, the only Irishman deported from his own country. His crime was to build a dance hall where he encouraged the local community to learn, to argue and to dream, but above all to dance and have fun. As the hall grew in popularity its free-spirited reputation brought it to the attention of the church and politicians who forced Jimmy to flee and the hall  to close.

The language then will be more Elton than Altan? No Cúpla Focal  so to rap you on the knuckle-o, chucklehead?

Soft you then a word or two before you go and  step on that mat  which has been placed there like a caveat on the floor on the lobby: the one marked…….. Abe.   Shinzo Abe? Same mistake, different head of state of an other country. No, that refers to the Japanese PM. This  is Seiza / Suígh Síos Abe and refers to the Japanese way of  correctly sitting down: with knees together, back straight and buttocks resting on ankles.

None of that Noh Drama here, so? No, actually, just to show how to put  Erse  on the floor. Thuig Olly Cromwell sinsheanfhocal Leipreacháin níos fearr ná an choitiantacht:

To complement the performances of Jimmy’s Hall, we invited Manchán Magan to perform two of his theatrical installations, Gaeilge Tamagotchi and Arán & Im.

In Gaeilge Tamagotchi, Manchán invites you to adopt an Irish word in order to breathe life into it.

This extra helping will take place in the lobby before Jimmy’s Hall, to stall the early arrivals and get them to elbow if not lower the bar.  The naive traveller from an antique land upon entering The None-ery Theatre for the first time  will automatically assume that  the Leprechaun Lingo is on the way in to the main auditorium?

As a yap of approval from the  The Linguistic Lapdog with the Laptop, out of whose wholesome prose the Sun always shines,  the one who’s done  laps of The Field in training for such a Her-oshima moment in Las Islas de  Malfeasance  / Oileáin na nAnachan,  will soon disabuse the naive traveller. For what he’ll witness will be the neo-Naievty Scene in which all the cribs about compulsion will be stockpiled and  (gulp) the First Official Language of The Free Southern Stateen will be deported from Oirland, be the hockey.

-Gotcha ! Go and stick that Tamagotchi up your Aran junta !

Tuilleadh le Teacht /  To be Continued

View all posts by Jude Collins →
Is there a cure for the Brexit blues?
Ooh aah, we’re outraged (again)