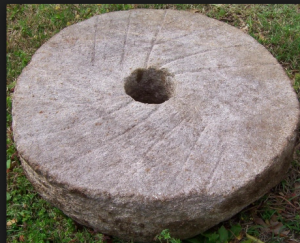 As a child I was taught about Christ’s condemnation of those who would scandalise children when He said that it would be better for the scandalisers to have millstones tied round their necks and drowned in the depths of the sea. I thought He was referring  to adults who used profane language which might be overheard  by children.

When Christ was on earth the Roman Empire and Hellenic culture was dominant and sexual relations between men and young boys were prevalent and open.

A very prominent Irish Hellenist used under-age rent boys both in Britain and North Africa, perjured himself in court in  a case he had taken against Lord Lonsdale with the intention of having the latter imprisoned. The Hellenist, Oscar Wilde, was hoist with his own petard and imprisoned in Reading Gaol.

I have never heard a sermon on Christ’s condemnation of child abusers although I have been a Sunday Mass-goer all my life, I often hear Thought For The Day on BBC’s Radio 4 but never a peep from Christian clergymen on Christ’s Word on the matter.

I can’t see any reason to gloat knowing that George Carey,when Anglican Archbishop of Canterbury, covered up for an abusing Bishop and that Prince Charles presented the abuser with a house.

Abusing children, adults or even animals, falls far below the standards we  should expect  of our fellow human beings. There is no excuse for allowing the abusers continue such conduct.

View all posts by Jude Collins →
Clerical sexual abusers, aka caca: who should be on their case?
Pope Francis’s visit and unanswered questions