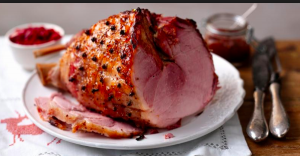 I am, I flatter myself to think myself, a gentle man. Not a gentleman  in the snob’s definition, one who uses a butter knife when dining alone, but one who doesn’t bash old ladies or grope young ones, nor frighten children nor kick dogs. In fact,  some dogs and people find me agreeable.

I find the horror which has seized THE TIMES at the way pigs are treated in Bedfordshire commendable. But the sang froid  which it displays towards the  torture and murder of human beings when organised by the British State and its agents is reprehensible. I suspect that Lord Carrington always used a butter knife when dining alone but I would not consider him a gentle man, nor a gentleman.

If I did I would have to regard Reinhard Heydrich a gentleman. Heydrich was an educated, wealthy and cultured European and a fine violinist, whose death upset his admirers. He was the chief organiser of the attempted murder of all the Jewsin Europe, a campaign which succeeded in killing six million of them.

I read, from time to time letters condemning the wearing of fur. And realise that some Socialists take as much provide in having hare-coursing and fox-hunting banned as they do having abortion on demand available, whether strictly legally or not. I couldn’t give a monkey’s about the legalisation or banning of blood sports. But I know Socialists whose lives would be made unbearable by their comrades If they voiced doubts about the desirability of abortion on demand.

I recently got an email asking me to sign a petition condemning a festival in China where thousands of dogs are killed annually for the pot. There was a time when China was invaded, robbed and insulted by many powers. Today China is a sovereign country. It retains the death penalty. Abortion is legal there. And it has many practices which I would not wish it to have. Western criticism is usually hypocritical. But dog eating there is not compulsory.

I must salute a country where not only  is it permitted, but also proven possible, To Serve Dog and Gammon.

View all posts by Jude Collins →
Mary McAleese and Jeremy Corbyn: two political sinners?
It’s true because we say so