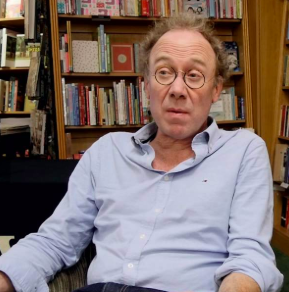 Benjamin Richard Pierce MacIntyre, confidant of Britain’s Secret Services and admirer of her SAS assassins is himself a cunning warrior. With great fanfare he has accused Michael Foot of being a traitor. There was a time when gentlemen making the slightest aspersions on another gentleman’s character would go to great pains to meet a challenge by the offended gentleman with pistols at dawn.

In 1804 Aaron Burr, Vice President of the United States, killed Alexander Hamilton, Secretary of the Treasury in such a matter of honour.

Eleven years later, Daniel O’Connell shot John d’Esterre dead in County Kildare,and travelled to Ostend to meet Sir Robert Peel’s challenge to a similar trial by fire. Burr and O’Connell were by profession lawyers, and proud of their standing as gentlemen. It seems Peel connived at O’Connell’s arrest so that he himself avoided a fight.

MacIntyre need not meet a challenge to a duel, nor one for libel, because Michael Foot has been dead for some years. MacIntyre writes of others’ deeds of Derring-Do, but keeps clear of danger himself.

The little one can find about him on the internet indicates that he would like to be considered, if not quite a gentleman, at least a bit of a Toff. His late father was a Major in Hussars, a posh regiment, and he indicates family connections with titled people. But I think that he is not so much a Toff as a Tosser. A Prize Tosser.

View all posts by Jude Collins →
Do you let the mainstream media do your thinking for you?
EU gang of 27 mug May