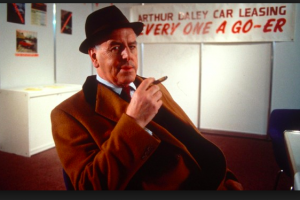 One of the great strengths the pigs had in George Orwell’s Animal Farm was that the other animals so easily forgot what things were said in the past. In the early days of taking over the farm, the animal chant had been “Four legs good, two legs bad!” But with the passage of time animals became vague, so when the corrupt pigs introduced “Four legs good, two legs better!”, the other animals picked it up, unsure that it ever had been otherwise.

Britain relies on this kind of thing. Remember December 2017? Here’s what Britain agreed to then: “In the absence of agreed solutions, the United Kingdom will maintain the full alignment with those rules of the internal market and the customs union which, now or in the future, support North-South co-operation, the all-island economy and the protection of the 1998 Agreement.”

Pretty clear commitment, eh? The proverbial backstop – no matter what happens, the all-island economy and the 1998 Agreement will be protected.

Fast forward to earlier this month and you’ll even have a former Cabinet minister explaining how silly it would be to take Britain’s word on anything.

The prime minister’s Brexit plan is the “right one for now” Michael Gove says, but it could be altered by a future prime minster. Gove is, of course,  an ardent Brexiteer. May’s plan is “right for now” but could be ignored in the future.

More and more Britain is beginning to sound like that nice MrTrump.