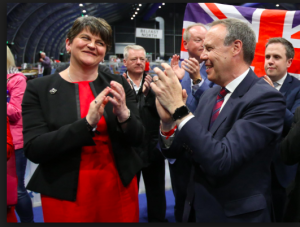 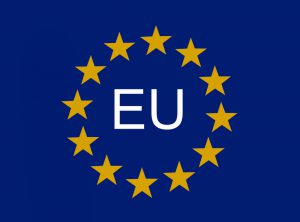 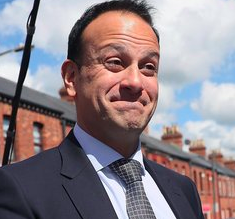 Sometimes thinking about the DUP invokes a certain wobbliness, a feeling that the ground under your feet is heaving and may yawn open at any moment and send you plunging into a hell where everything that is, isn’t, and vice versa.

An example. Theresa May toyed with the idea of the north being given special status in the EU, with little or no change in border arrangements. In other words, the north would have access to EU markets that the rest of the UK wouldn’t have. You might think the DUP would have clapped its collective hands and said “Thank you very much, Mrs May – we can use that kind of financial head-start, we’re not what you’d call a self-sustaining economy.” You might think that but you’d be wrong, wrong, wrong. The DUP were indignant that they might be treated differently (even if the different was better) from the rest of the UK. Mrs May fell meekly in line.

More reccntly Sinn Féin have been campaigning for two MEP seats. Because Britain is saying goodbye to the EU, there are extra seats to be divvied up, and Sinn Féin are arguing that the two presented to the south of Ireland should be allocated to the north. There’s a logic to this. As Irish citizens, nationalists and republicans in the north are European citizens. The Good Friday Agreement affirmed that, although it hadn’t envisioned the UK being so in love with death that it’d leave the EU some twenty years later. So if nationalists/republicans are EU citizens, it follows that they should be entitled to be represented in the EU. Sean Lynch, a Sinn Féin MLA who lives near the border makes the point: “It is entirely within EU law for the creation of dedicated districts to represent citizens not resident within the State in its democratic institutions. This has been adopted by Croatia, France, Italy, Portugal, Romania and Switzerland.”

But here’s a prediction. The DUP will fight tooth and bloody claw to avoid those two MEP seats being allocated to north of the border. “No, we tell you! We don’t want to have a say in how the EU operates! We’d rather head out into the wilderness, holding Mother Britain’s hand!”

Of course, it may never happen. The south may decide they’re going to hold onto the two seats and let the north go whistle in the Arctic wind of Brexit. An Taoiseach Leo Varadkar has promised that the people of the north will never again be left behind. Now is the hour, Leo. Regardless of unionist reaction, it’s time to man up and do the right thing.

View all posts by Jude Collins →
Boris and the blackmailers, Sammy and the highwaymen
David and his fabulously practical plan