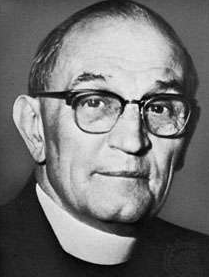 “First they came for the Communists, and I said nothing

because I was not a Communist,

Then they came for the Trade Unionists, and I said nothing

because I was not a Trade Unionist

Then they came for the Jews”

Thus wrote the German Lutheran Pastor Martin Niemoller of the moral cowardice which he himself confessed to on the Nazi attacks on human rights and human lives.

THE TIMES of London has apparently launched a campaign which might have the late Frank Foley once Mi6 station chief in Britain’s Berlin Embassy, celebrated in stone, postage stamps (showing BOTH his faces?), books by the Spectator’s Douglas Murray and an essay by Gordon Brown, for his humanitarian gallantry. It is claimed that like the rightly commemorated Raoul Wallenberg, and the disgracefully ignored Count FolkenBernadotte, he arranged passports to help Jews escape Hitler’s murderous clutches.

When Hitler came to power, Foley and Guy Liddell of MI5, at theninvitation of the NAZIS, spent days in Horst Wessel Haus, transcribing files seized from the Communists listing Communists, Socialists, Left-wing students, whilst, in adjoining rooms, prisoners were undergoing very rough treatment.

A 16 year-old British left-wing student had his mail openedn and his phone tapped by British Security services for thennext eighty years, though he was never charged nor convicted of any crime.

He was a convinced and very intelligent Communist whose only weapons were reasoned arguments. I understand that he lived near Michael Foot, who was never a Communist and that they sometimes spoke to each other at a bus stop.

His name was Eric Hobsbawm and, besides being a historiannwas Jewish.