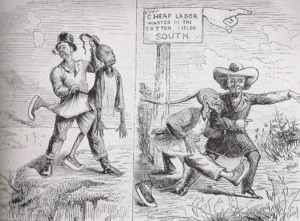 When my father worked as an Engineer Inspector in the Irish Land Commission, one of his senior colleagues was Charles Kettle,  son of Tom Kettle,  the former Nationalist MP, barrister, poet, former professor of Economics at UCD,  pro-“Great War” propagandist who joined the Royal Dublin Fusiliers who fell in futile battle in September 1916.

I was introduced to him as a child. That’s all I can remember of “Mr Kettle” as my father used to refer to him.  Whether he was a war veteran or not, I don’t know. Another of my father’s colleagues WAS a veteran of the “Great War” which Fianna Fail, Fine Gael and “Irish Labour” leavers have belatedly adopted as “Ireland’s War.”

I don’t know if the then leaders of China regarded the Great War as China’s War and would be very surprised if her current leaders, or the regime in Taiwan,  so considers it today.

My father’s colleague witnessed Chinese men, so broken in spirit that they would say “I think I do a Die”, and then sit down and expire soon after. They had been recruited in China to work as “coolie” labour behind the British (and Irish!) lines, shipped (Shanghaie’d?) to Europe in appalling conditions. Those  who survived were shipped back in appalling conditions. Some tried to settle in Liverpool.

Some organised protests in France, where they were beaten by British/Irish? Officers, some of whom wrote boasting of their exploits.Some were treated as mutineers and murdered by gunfire.

I wonder how many members of the Irish Labour Party, founded by the patriot internationalist, James Connolly, can endorse the claim that the 1914/1918 War was Ireland’s War. Or members of Fianna Fail, Fine Gael. Or the SDLP.