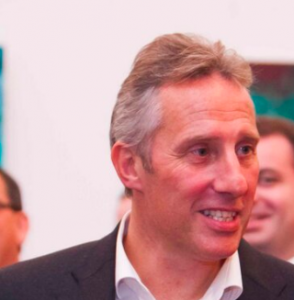 When I was a lad, our History teacher used to say that people should look for signs of madness in a political leader, and when they saw it, the leader should be shunned. Unfortunately, History wasn’t listening to our teacher.

One of the signs, he said, was the destiny complex – when a leader started talking about ‘the nation’s destiny”. Such leaders are dangerous, our History teacher told us. And I’m sure they are. At the same time I’ve found many Irish politicians to be incapable of seeing beyond bread-and-butter issues, because that might mean addressing broader and more embarrassing national questions.

The other sign of madness was politicians who talked about themselves in the third person. The best example in recent decades would be Maggie Thatcher with her “U-turn if you want to – the lady’s not for turning!” Such people, my old History teacher insisted, were living in a fevered mental state.

There’s been a recent example close to home. After months of hunkering down in some secret place trying to decide if they loved or didn’t love Ian Paisley Jr, word got through to the DUP that there weren’t enough signatures to recall the North Antrim MP. Almost immediately the DUP de-hunkered and announced that Ian Óg was now a member in good standing.

What did Ian do, Virginia? Well it’s what he did AND what he didn’t do. He took two five-star holidays with his family in Sri Lanka – posh hotels, helicopters, luxury stuff, the lot: all funded by the nice government of Sri Lanka. What he didn’t do was declare these mouth-watering holiers to the House of Commons, nor to the then prime minister David Cameron, not even when he wrote to said prime minister, urging him not to vote at the UN in favour of holding the Sri Lankan government responsible for war crimes.

Ian’s resurrected political corpse, last seen getting all emotional in the House of Commons, in more recent days was to be seen striding the streets of Ballymena in grand form, calling greetings to passers-by, explaining to the BBC’s Gareth Gordon that all this Sri Lankan stuff was behind him, he had ‘fessed up (when caught red-handed), had been suspended from the House of Commons, but thanks to the support of “90.6%” of the North Antrim electorate, he was back. Without a sign of embarrassment, Ian Junior looked Gareth in the eye and told him that over 90% of constituents had concluded “Tell you what, big fellah, we like you!”.  See what Ian did there? Talked about himself as if he were someone else. In the third person. Although I suppose any of us could feel fairly buoyed up, if the people paying our salary had made it clear they didn’t give a damn how we acted as long as we didn’t frighten the horses.

Ian also explained to Gareth that Theresa May would avoid any tricky votes in the House of Commons until the Big Fellah (yes, Virginia, that’s what his da was called as well) got back in to bolster up her numbers in crucial Brexit votes.

And well might she want every support she can get. Given that things are groaning and creaking in advance of Brexit, what will it be like when Brexit comes? At this point Britain seems to have backed itself into a cul-de-sac with very high walls all around. No matter what way it turns, the UK is faced with bad stuff.

The Tory government could do like Norway, and follow all rules of the EU, which would allow them to have a good trade relationship with the Europe but allows them no part in EU decision-making. If that happens, Britain will wind up less well-off than it was before Brexit

The problem is, there will have to be markers showing where EU territory begins and where UK territory ends. So will that mean a hard border in Ireland, separating the south (in the EU) from the north (outside the EU)? That would be a bad idea economically and a worse one politically. Alternatively, the line between the UK and the EU could be in the middle of the Irish Sea, which would mean, the DUP fear, a fatal loosening of the ties that bind the north to Mother Britain. Theresa May has said she will never do it, and she doesn’t believe any other PM will do so either.

But has Britain, the EU or the DUP noticed that a Catholic majority is due to arrive in the north inside the next five years? And that inside ten years Britain could be faced with a border poll favouring a united Ireland? Then there really would be a border down the middle of the Irish Sea.

At that point Britain would put on its coat, heave what sounded like a sigh but deep inside would be a whoop of delight . No more massive annual subvention, the damnable Irish question finally answered, we should have done this decades ago. What’s not to like?