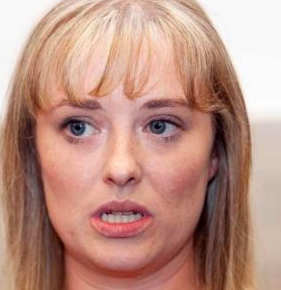 I woke up this morning and thought it was an ordinary day until I went online. Then I realized – there’s a presidential election coming up  and perhaps two general elections. How did I know that from looking online?

Well the Irish Times has an editorial weighing into Mary Lou McDonald because she didn’t include in her apology to Mairia Cahill the fact that the IRA had ‘kangaroo courts’. The IT is indignant over Mary Lou’s “continued refusal to come up with an adequate apology to Mairia Cahill for all that she has suffered.” Which strikes me as odd, because I could have sworn I heard and saw the Sinn Féin president give an unconditional apology that her party hadn’t addressed Mairia’s concerns. But maybe not. You do get the feeling that Mairia is intent on letting the world and republicans know that she hasn’t gone away.

The IT clearly accepts that the events of which Mairia Cahill complains were exactly as Mairia Cahill claims they were – even though, to the best of my knowledge, no court has scrutinized the evidence and come up with a verdict.   The IT may be right to support Mairia and condemn anyone who doesn’t give the kind of apology Mairia and it demand. But it is also a fact that a considerable number of people in West Belfast, when the subject is raised, tell a different Mairia story.