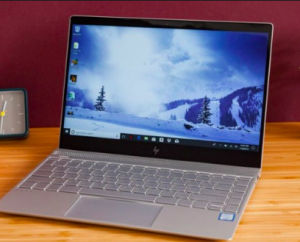 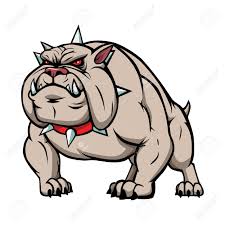 Being the only Irish county with two Ridings and one village named Horse and Jockey, it comes as no great raiser of eyebrows to realise that Tipperary also cultivates two contrasting accents: the premier and the inferior. The latter is found in the mouth of the caste majority like, say, Mattie ‘The Thrasher’ McGrath, TD: this accent has the distinctive curve of a hurling camán made of ash. It it all about schmozzles in the square, clash, smash and Schubertian side line cuts.

The second accent, the premier once, call it the Tip Top Tipp accent, is located in the cucumber sandwich mouths of a select sect aka the Mawtin Mawnsergh Minority of Mobile Phonetics. This accent has the characteristic straight line of a cricket bat fashioned of willow, Tipp willow. It concerns itself rather with silly midoffs, tiffin for toffs and the bowling of googlies.

Names of nativist practitioners who have made a hilarious hames of their spoken selves are Fronk Delawney a bibliophile in a bib buí marked ‘Bainisteoir’, and Richawd Bawk, TD/MP who, as Aire Oideachais / Minister of Educaution in a Léine Ghorm / Buttondown Blueshirt made an Óglach of Compulsory Gaelic in 19 Forgotten. This Snip from Tipp truly marked the beginning of the schoolroom revolution known as :

The latest bead in its long ring-a-ring-a-rosary of deformed reform is the snipping of compulsory history from the curriculum, curricula.

This pair of pear-shaped pronunciators – Fronk and Richawd –   practised a sub-patois, indeed, a super-sub-patois peculiar to Pat, called the Upperchurchillian. It truly is a long, long way from the majority accent of Tipp’rary to the minority awccent of Tipperary.

Tipperary’s colours too are binary (premier) or hup-ya-binary (inferior). Folk scratch their heads and wonder where Ryanair got its distinctive gold and blue, those colours which have struck terror (or Holy Terror as they say in the common or garden camán accent of Tipp’rary) into European skies this summer. And became, in the process, the flagship   of cancellation, execration and the bedraggled.

Look no further than the gansey of the county hurling team: a gansey of pansy gold and blue.

(Hell’s Kitchen was the nickname picked specially to describe the most notorious infighting line in the hurling history of Tipp’rary – lucht caite na gcloch – the full back line of Doyle, Maher and Carey. DMC. Coincidentally, or not, Tipperary’s most notorious airline, the left back line, has its in-flight meals prepared in a culinary facility of similar infernal ambiance.)

The gold was prompted by the golden vale of vowels in the buttermilk mouths of the caste majority; the blue by the storied blue noses of the mincing-mouthed minority.

Fittingly, the most celebrated contemporary carrier of the Tip Top Tipp accent, an agent of the ambrosial elocution, is credited with coining, Brit-coining, the phrase of the century. Without a gunman’s shadow of a doubt, the grittiest witticism to come out of the United Island of West Britain by popular acclamation for the past hundred years is the by now hackeneyd acronym of an adorable four-word phrase:

We know this to be true because the hackitariat on both sides of the Black Sow’s Dyke has stuck up and out its sore thumb in a rum show of universal approbation. Or to put it even more starkly: the Linguistic Lapdog with a Laptop has given it his bark of approval. Predictably, The Continuity Sticky finds it, erm, wickedly funny.

Liam Kennedy (for it is he !), Professor Emeritus of the Third Sorrowful History in Hausfrau’s, oops, Queen’s University, hasn’t gone away, y.k. He was down on Liffeyside recently. He arrived on his Moped (Vesta is still the Besta way to travel from Georgian Belfast in NEN ), with imperialeatherjacket on his back, imperialeather leggings on his lower limbs and with his clash-of-the-ash, (not), crash-helmet under his oxter in the city of Joxer.

He was thoroughly grilled in the Prompter-Room Studio of Newstalk fm (part of tux-exile DOB’s failing Dubland media empah, upon whose walls the ducks are constantly involved in a row) in the context of the newly-released milch cowboy movie ‘Black 47’ which targets the nettle-green roadside horrors of ‘The Irish Potato Genocide’ (alleged).

With effortless aplomb the premier exponent of the plummy accent batted away every verbal ball bowled in his direction and with telling effect, be they bouncer, inswinger, leg cutter, googly, or even smelly underarmer itself. As a ‘proud son of rural Tipperary’ (as distinct, Cedric, old chap, from ‘metropolitan Tipperary’?) he found the Yorkers and the flippers a particular snip. He elocuted as eloquently as ever with his nouns all clad in a Norfolk Jacket with not an echo of Knocknagow on the air, even as he soft-soaped his way through the extremely cross examination with a deal more of the UZI than the ‘uz’.

-As one has so definitively pointed out in one’s masterpiece ‘Unhappy the Land: The Most Oppressed People Ever, the Irish?’ (2016), if one wants a Genocide one looks at the Hitler War.

This is the same masterly book (note well the lordly year of its publication) in which he canonised Blessed Mary Robinson the Bareheaded, cu-cu-ca-choo, for moving the debate re the Spudaster ‘out of the time-worn Anglophobic rut into a thoughtful dialogue between historical and present-day concerns’, that sorta thingy. There is, as one might expect, a deal, a great deal of yadda yadda yadda about the (yawn) Yiddish ordeal and about how much more horrific and holocaust-effective it was when contrasted with the kiddy-sized (wider yawn) Biddyish experience.

Indeed, the argument might well be made, cogently and in a curried yogurtly way, that the most lasting damage to the Irish phyche has been inflicted by the ghastly ‘Hungry Fields of Atta, boy’.

So, how come Black 47 and Blue 39-45 have all of a sudden come to be so linked together, as if a century (hard to avoid these cricket terms) is but a blink? Why then this sudden surge of an urge on LK’s part to compare with a view to constrasting ? Not just oppressed, not just more oppressed, but THE most oppressed? (Rhetorical q. mark compulsory).

In sporting terms, this is like comparing Germany 6 : Stars of David 0 with England 1 : Ireland 0. This is akin to comparing striped pajamas with spuds, or associating acne with leprosy. This is just not serious stuff, at all at all.

M.O.P.E., thus, is to serious history what, say,…… lemme see, ah yis!……..Conor ‘The Notorious’ McGregor v Floyd ‘Money’ Mayweather is to serious sport. And nothing, but nothing, a léitheoir dhil, is more serious on Planet Earth than (gulp) sport.

M.O.P.E., thus, is Pocket Science:   history filed away under Tongue in Cheek and Hand in Arse-cheek Pocket.

Truly, this could be deposited in the National Library in the niche genre of Knorritive known as:

This niche genre, which has always found a staunch ally in Aunt Sally, is not in the least bit nice to gnationalism: one has but to take note of how Imperialism   has been blue penciled and replaced by Operation Outreach. Thus, the Famine was caused by an uncharacteristic and blessedly temporary episode of , erm, Shortfall. Nowadays, the I-word is tolerated only in association with such toiletries as Imperial Leather as used by soap-soaping cousins of the kissing variety in those associations for whom the modh iompair de rigeur is the Moped, such as ……bip!……bip!……BIPA.

Membership of this august body is confined, 12/1, to those do not subscribe to the Mick McGilligan’s Daughter School of Historical Studies. Rather is it restricted to those Anglo-Irish Aqua-holics who imbibe a watered down versh of banal-retentive British-West British Annals.

But, the eternal historian’s bugbear:

Or, as Joe ‘Talk to me’ Duffy, the failing SDLP’s upfront Consul General on Liffeyside, might put it:

Could it be that LK’s inner numerologist has a particular dread of the number 47 ?

Consider the following historical evidence, by throwing the stone of one’s memory back to the West Belfast Election of 2005.

Focus now on the figures fixed to the First and the Final canditates past the post:

Yes, you read (sob) 147. No, that does NOT represent a Genocide-of-the- mouth figure. One must preserve a proportional representation of the facts of the figure: it is, rather, a Famine of first preferences.

And what a Tipperary-long distance that is, between the poll-Topper and the poll-Propper. But, in the immortal chirp of Jimmy Cricket:

Actually, it is somewhat more than that, once the unique form of readjusting – known locally as anglorhythms – is applied to the returns, many happy in some aspects, even more unhappy in other regards.

This readjustment takes into account impersonators, including not a few called Elvis, the usual turn out from the faithful departed (known colloquially as the Immortal Shinners) in the Tombstone City and Boot Hill of B-Fast West, multiple task voting, that sorta thingy, endemic i mBéal Feirste, Iarthar.

TUILLEADH   LE   TEACHT : TO BE CONTINUED