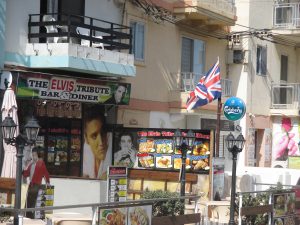 THE   LINGUISTIC LAPDOG with a LAPTOP picks a different BULLDOG to BITE !

That was the headline hollered by ‘The Daily Dog-Collar’ on Liffeyside during the week. This is the leading puplication for, as it says on its masthead, ‘Those Wetnoses who number themselves among the New Narky Hierarchy who like to bark in Occidental England through the Medium of the Monarchy’. It is available at all leading news kennels and also, on-leash.

The subheading spelled out the names of the relevant Bulldogs, none of which, odddly enough, was John. The gist of the news item to do with the pissed-off pooch was as follows:

Having grown intellectully bored, in that storied way of his, of throwing a biscuit tin marked ‘Jacob’ at Citizen Rees Mogg, the Lapdog switched his ire this time from the Land of Same to the pin-striped pants of another cant-merchant known as The Pefidious Albino.

To sink his thinking dog’s canines into the rump of the plump chump known as Boris aka The Anti-Chequers Chubby. And not just because he can:

Not really. Or, to put it in music-hall terms:

-he threw a wee book a’ boris.

Which is as near to the dear old Gaelic, Scots or Irish, which the Linguistic Lapdog aka Lord Knowall of the Knownothing Party, who doesn’t give a Lambeg drummer’s tricksy stick twirl about either, will ever hope to get. Lord Knowall, whose gruff dandruff-cloaked mantra is:

As a result of which unavoidable verbal shortfall it is necessacry to translate the following:

-God does not close one door but She opens another, this time marked Boris.

Taut pause here for a thought: how come a four-legged ego lying doggo can throw a wee book with his paws? Easily answered: FOTUS (for it is still he! Fintan O Toole Uber Shoneen) is, unsurprisingly, a shape-shifter extraordinaire. It is a simple matter of cultural osmosis for old canine halitosis.

The reason for the F-sharp Major in the narkiness of his current barking is simple to detect: the escutcheon of Clann Toole features the following motto in a moribund patois ‘An Cur Isteach’. This explains why The Toole, since the yawn of history, is all about ‘Brentrance’ and not at all about ‘Brexit’.

Indeed, when it comes to Brexit this most thoughful tyke of The Unionist Times has little or no interest in what happens north of the Black Sow’s Dyke, where the unBILLYcal chord is secure, unless of course there is something his inner Continuity Sticky can cherry-pick there to boost his Morsupial levels. The wannabe Wallabies of West Britain invariably look North when they’re in need of a Morsupial fix.That would be (gulp) Morally Superior.

And not just North qua North but rather in a specific focused manner. They hone in on particular zonal pockets which are easy to pick for Morsupials: pockets of NEN such as those marked Derry Qua, East Tyrone, South Armagh, West Belfast. That really sets them bucklepping with glee as it equates with their Holier than Dowry, from Newry to Hollywood.

The Unionist Times is, after all, the same barrel organ of record which employs Newton Emerson as The Man who is Thursday / An Duine de na Déardaoine. Now, the barrel organ is activated by a person turning a crank or by clockwork driven by weights or springs. The fascinating thing about the ever impish Newt is his very unpredictability: some Thusdays he opts to be a person turned into a crank while other Thursdays he chooses to be a weighty Clockwork Orangeman, with a spring in his step.

Newt, in short, is the ultimate hoot, thereby making him worth every last penny of his sterling loot for the Southern Yunes whose solar bones comprise his readership in search of polar leadership.

This week, for example, he focuses on the new Glider high-quality bus service in bilingual Belfast. To tackle the issue Newt opts, perforce, to speak out of one side of his monoglot Béal Feirste as is revealed in this tale-telling phrase:

Note the gap between ‘standard’ and ‘European’. It is, gan dabht, a ‘monolithic’-sized gap.

Sadly, this is that which the six-day cool T.U.T. purports to despise, i.e., Pop-up Populism. And have felled the equivalent of the Seven Woods of Coole in dissing this despicable phenom (alleged).

You say Glider, We say Faoileoir

The Linguistic Lapdog is also, of course, on the look out for a new national trantrum. So far, nothing has been decided by him. His fixation with The Jacob and now The Boris, which some dub as ‘One Dog and his Man’, has left this other obsession of his lying, erm, doggo.

Although he has been heard in idle moments, usally in close proximity to a convenient tree, erm, dogwhistling the toon known as ‘The Ponderer’ of late. As befits Occidental England’s first responder to the arcane art of pondering. It is, indeed, a magnificently malodorous melody decomposed in tribute to himself by he who is the possessor of the Highest IQ in Hireland, so much so that its highest mountain, naturally enough, has been duly named in his honour: Carraun Toole.

–Cause I’m the Ponderer

The following is the bridge, the Bridge, the Half-penny Bridge, from which the draped Dublin Bogball (!) flag of blue and bluer is sniffed at by the Tolerant Tutsis of T.U.T. on Liffeyside:

Oh, well, I anti-Rome from town to town

I go through life without a care

And I’m as happy as a clown

With my two fists of anti-irony I’m going nowhere.

The inherent modesty of the M.O.P.E.-quoter is to be noted in the clown reference while the one to do with anti-irony refers, ar ndóigh, to the inter-galactic scale of his own self-awareness:

The restless mind of the Ponderer is forelocktugged in the next anti-Erse verse as exressed by this bark through the Medium of the Monarch in which he even morphs into, erm, Slugger O Toole:

Oh, well, I’m the type of guy who will never settle down

Where pretty ugly Gaels are, well you know that I’m around

I slug em and I displease em, they don’t even know my name

They call me the Ponderer

Oh well, there’s Cashflow on my left arm and there’s Hairy on my right

And J. Mack is the Gael thug well that I’ll Toby mug tonight

And when they ask me which one I love the best

I tear open my blueshirt and I show ‘em ‘Lizzie’ on my chest !

Call him the Zion Dion: he loves M.O.P.E. and Leopold Bloom, the Zionist anti-Gael. If M.O.P.E. is the quote of the century (howzat !) then the following is certainly the one-liner of the year, thus far:

‘The vastness of his ignorance is matched only by the sweeping self-assurance of his assertions’.

On the surface this snarly snap at BoJo might not seem such a rip-tickling, knee-slapper. But when one realises that it is in fact the tail-wagging wag known as 3L himself who barked it marks it off as…? As good a bit of badinage as one is liable to hear in a day’s stalk, and one which will scarcely be bested, in 2018.

Or, at least it was destined to be the one-liner o.t.y., till The Lapdog had got done with The Perfidious Albino and reached the paragraphs, marked penultimate and ultimate. Stand by, a léitheoir dhil, here they come:

–Theresa May could do a great deal to rescue her lost credibility if she were to say this in public and at great length. Her biggest mistake has been to indulge the most self-indulgent creature in contemporary British politics, to give him the free pass of “Boris being Boris”.

Boris being Boris is Britain being destroyed. His bad jokes are all on the country he purports to love. May needs to explain, with cold fury, why they are not funny anymore.

Sadly, this was magisterially paw-tapped out by the Lapdog on his Laptop before his wet-nose dream (daw) The Perfidious Albina, got her ill-fitting long black pants well and truly tusked in the tush known as the backstop.

-this is one donald who knows where his troos are.

–THIS IS ONE DONALD WHO KNOWS WHERE HIS TROOS ARE !

As The Perkin’s dowager Aunt Petronella was wont to say in times of distress and that stress alike:

–Pass one the musk, dear.

Truly this is Lagrimosa stuff, post-Salzburg.

The Requiem of the Hesperus, floating on the pop-eye wash of West Britannia.

The Magic Flute, it is not. Much as The Toole might have wished it to be, made in his own image.

It is not even, particularly sadly, any of the Four Horn Concertos for which The Toole is eminently suited, given the renown of his lip trills, complicated hand-stopping and, gan dabht, his legendary rapid tonguing.

Dammit, not a bit Amadeusean. In tone, not even Wolfgang whistleable, never mind doggy-style.

Less Elvira Madigan, more the lovely Elvira getting the old foot in the butt by her roughewn namesake, Ben, newly recruited to the DUPlicitous party.