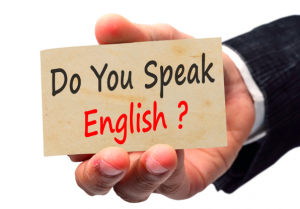 I see where victims of terrorism have launched a campaign – #wordsmatter – to make sure that words such as ‘lone wolf’ or ‘mastermind’ are not affixed to terrorists, since this gives them glamorous status. Those behind #wordsmatter are certainly right about words mattering: they control how we think about a given issue.

The word “terrorism” itself, of course, needs clarification. My Chambers dictionary tells me that it’s “an organized system of intimidation”. And the Merriam-Webster dictionary agrees: “The systematic use of terror especially as a means of coercion.”

Neither dictionary suggests that this intimidation or coercion has to be carried out by what I suppose we could call subversives – people who want to undermine or destroy the authority of the state. Certainly terrorism in our Green Tormented Corner (GTC) has been a term applied exclusively to paramilitaries – the IRA, INLA, UVF, UDA, etc. But never to the state.

But of course this limiting of terrorism to paramilitaries isn’t true to the definition of the word. During the Second World War, for example, the ordinary inhabitants of British and German cities were bombed, with the intention of killing civilians and breaking the enemy’s morale. The classic examples of state terrorism are Hiroshima and Nagasaki, where hundreds of thousands of innocent citizens were vaporized in order to bring about Japanese surrender. In short, the population of Japan were terrorized into surrender.

You have to be careful how you use words related to violence. It is not acceptable to refer to the British army in Ireland as terrorists, although it is clear that at least on occasion – in Derry and Ballymurphy, say – they were guilty of terrorism. But you can – and are encouraged to – use “terrorist” to describe paramilitaries of either stripe, though usually it’s applied to republican paramilitaries.

“Murder” is another misapplied word. My trusty Cambridge dictionary tells me it is “the act of putting a person to death intentionally and unlawfully”. Merriam-Webster says it’s “the crime of unlawfully killing a person especially with malice aforethought”. The key words, I’d suggest, are “intentionally” and “aforethought”. If you kill someone accidentally – the most obvious example is to kill someone in a “road accident” – you haven’t murdered them but you have killed them.

Here during our Troubles, “murder” was used by the British army, the RUC, and paramilitaries republican and unionist, to describe killings by their enemies. And in most cases, according to the definition, that’s what it was – murder. But we need to be careful here. Because when soldiers have survived a battle or battles, and have killed a number of the enemy soldiers, it’s rarely referred to as murder. In fact it’s rarely referred to as anything, other than “heroic” or “courageous.” But only by your own side. So there are many shrines in Britain, for example, where the “gallant dead” are mourned; but the notion of British people having shrines to the “gallant dead” of the German or Japanese armies is unthinkable.

If you attempt to point out the misuse of the word murder when describing an action during our Troubles, you can find yourself in, um, trouble – as I have myself. For example, if there is an instance where a number of people have been killed – in an explosion, say – you must refer to this as “murder”, even if it clearly wasn’t the intention of the bomber to kill the people s/he did. Should you suggest that murder is an inaccurate word, since the evidence suggests the perpetrator didn’t intent to kill those slain, you are immediately vilified and accused of making excuses for the foul act, rather than clarifying language use. And don’t expect people who should know better to stand by you in your use of words. They won’t. They’ll join the baying throng.

They say truth is the first casualty of war. If so, the English language comes close behind it in a very tight finish.