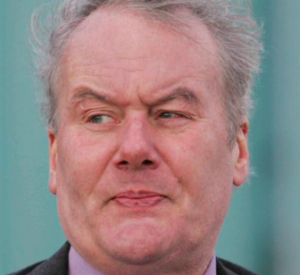 ’m recharging my batteries and travelling in France and in a couple of days will settle for three weeks ino ur caravan which my wife bought on our retirement eleven years ago and eight years ago towed to a beautiful site very near the Med. We often spend both May and September there and have concluded that work, or wage-slavery is much over-rated.

I was rooting about in our attic recently and found  a BLOG I wrote in July 2007 which quoted a piece I had written about twenty years previously about unsolicited letters I had myself received. So there’s very Venerable Old Rope being recycled here. Those of you with a nodding acquaintance of the First Official Language may remember the lines –“Duirt bean liom, go nduirt bean lei, go nduirt bean eile, gur inis bean di, go bhfaca si bean  ……….which, like the flowers that bloom in the Spring, may b e a pleasindiversion or a flaming distraction,

Anyhow, long before I begged Jude to host a blog for me I had my very own Blog which was closed down by Ay Oh Hell!  Without notice, explanation or apology. If that were to happen you, polite commentators would insist Gremlins in the Kremlin were the culprits.

Anyhow my  BLOG was called “IRISH MY ERSE!” and subtitled “Hibernian Diary”

It was inspired by my anger at Kevin Myers who dominated “An Irishman’s Diary” in The Irish Times .Myers was an Hibernophobe and would be permanently up John Bull’s Rectum, had his tongue not been committed to licking John Bull’s Jackboots. Born and brought up in Leicester, Myers had been to UCD in the late 1960s and imbibed the fashionable leftwing slogans of the day .Leaving College he had to earn money, and radicals with the courage of their  convictions were more likely to be beaten, interned or shot by those with money or employed by them.

So Myers trimmed his sails to the wind and attacked Trade Unionists, Irish Republicans, speakers of Irish, unmarried mothers and their children, anti-Apartheid campaigners, immigrants to Britain(though his father was an Irish immigrant there) and  non-English speaking immigrants to Australia.

He seemed to think that English was the indigenous language there and ignored the genocide suffered by the aboriginal inhabitants at the hands of I=newcomers from Britain and Ireland. Myers supported the American neo-cons and the wars they unleashed with British help on the Arab World

Myers later moved to the execrable IRISH INDEPENDENT. Arrogating to himself the right to declare war for Ireland, (a right reserved by the Constitution for Dail Eireann, he declared that –“We are at war with Islam.”

I think mine was the only BLOG in the galaxy whose title arose from a contempt for Myers’s utterances.

I also believe that right-wing papers in Britain were happy to pay  Myers for his prejudices.

But he was dropped by all all of them like a hot Aran Banner when he made a very mild (for him) remark about some thin-skinned people. Had he deliberately and loudly passed wind in a lift full of Vestal Virgins he could not be more non grata.

One of Ireland’s leading  West Britons was deemed Beyond the Pale!

View all posts by Jude Collins →
If you hate the Labour Party, clap your hands
Ian Paisley Jr, EU borders and other stuff