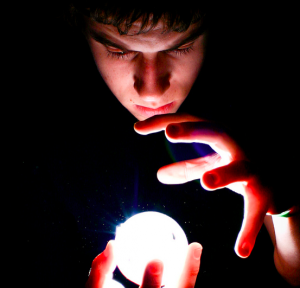 Opinion polls – do you trust them? I tend to trust them when they predict something I want to believe ( Julius Caesar had a line that translated as “Men readily believe that which they desire” – women too, I’d guess). If I find they’re predicting something I don’t want, I rubbish them and point to their big blunders in the US and British elections of recent years.

None of which are mentioned by Newton Emerson in an article given top billing in today’s Irish Times. He figures that all these polls indicating that a majority here would vote for a united Ireland in the EU if Britain’s Brexit is going to drag us out – they’re all unreliable and misleading. (Did I mention that Newton is from unionist stock? And adopts a consistently unionist line in his writing? Which he’s perfectly free to do, just as I come at things from a different perspective. The difference being that while  I’m happy to acknowledge my nationalist/republican perspective, you won’t hear the modest Newton confessing to his colour when appearing on TV or filling his Irish Times space….)

Where was I? Oh right. Newton’s column today is headed ‘We may need a border poll just to clear the air’. His reasons: “Since the EU referendum, such polls have found increasing numbers of unionists becoming nationalist, culminating this week in a campaign poll finding that one unionist in six will switch allegiance due to Brexit, delivering a majority for unification.”  Newton’s comment on this? “This is also improbable, to put it mildly.” To quote the wonderful Mandy Rice-Davies, he would say that, wouldn’t he?

His solution appears to be that the Secretary of State should call a border poll but not one that…Here, let Newton explain it himself:

“The Northern Secretary is entirely free to call a poll outside the terms of the Agreement, meaning it need not be binding or require a parallel vote in the Republic.”

He also commends Mitchel McLaughlin’s suggestion that “a border-type poll” should be included in the 2021 census.

What dear Newton doesn’t mention is the giant state-eating monster called Brexit. Inside the next year at most we’ll see what way that plays out. Only when that happens will we have any reasonable idea as to where we’re headed, or what a reunited Ireland might look like. At that point, the dust settled, a border poll – a real one – would make real sense.

For now, let’s try to avoid doing what the Brexiteers did: deliver a big YES ,  then leap into a dark and dangerous pit of unknowing.

View all posts by Jude Collins →
No Stone Unturned and the Loughinisland killings: who knew?
Why are unionists starting to favour a border poll?