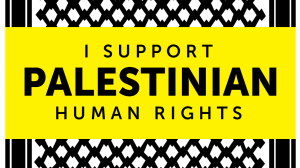 In Ireland in September 2018 it is still possible to freely discuss in a public forum Israel’s denial of Palestinian rights. The subject received an airing on Saturday 1 September at the final session of a Summer School dedicated to the memory of Roger Casement. Taking place in the theatre of a modern library complex (the Lexicon) in a town on the outskirts of Dublin (Dun Laoghaire) the publicly advertised, publicly funded session was addressed by two platform speakers and numerous members of the audience many of whom clearly expressed opinions that opponents of Jeremy Corbyn in Britain would characterise as “implicitly anti semitic”. In truth those attending the event could easily be categorised as the sort of people who would actively oppose racist activity even if it had mainstream backing.

The speakers were Lana Ramadan from Palestine and Hadeel Buqrais from Kuwait and the session was chaired by Mary Lawlor, the founding director of an Irish organisation devoted to supporting human rights activists around the world, Front Line Defenders.

Readers might be forgiven for expecting the speeches to be predictable, or expecting that the audience would be left feeling frustrated in being unable to influence the injustices described by the speakers. Such was not the case on both counts. The speakers provided many unexpected insights and the audience discussion, in realistically appraising the power of international opinion, had an energising effect.

Ms Ramadan began by saying that she was born in a refugee camp near Bethlehem where she still lives. This is no longer comprised of tents but of houses built on top of houses. Her family and community became refugees in 1948 when they were forcibly dispossessed of their lands. The memory of that injustice together with a communal determination never to forget how they became refugees constitutes her inheritance. She wished to convey to the audience the manner in which her community continued to enjoy life. Palestinians, she said, like to dance and to engage socially as in the careful preparation of a wide variety of food to share with guests. Having what she called a privileged background she had been able to study international law and human rights, even travelling to the United States to complete her education.

She described how the Israeli security forces routinely drive into the area where she lives. These incursions are designed to cow the population and as routinely as they occur they are routinely protested against. When protesters are arrested it is her job to ascertain where and for how long they are to be detained before coming before the courts. The vast majority of the protestors are young males and most of them receive leg injuries of varying severity during the protests.

Ms Buqrais described her advocacy work in Kuwait on behalf of a social class known as Bedoons that is present in all the countries of the Gulf Cooperation Council (Bahrain, Oman, Quatar, Saudi Arabia, the United Arab Emirates and Kuwait). Being assigned the status of stateless persons many Bedoons lack birth certs and driving licenses. Without documentation they are excluded from social services and the education system. Ms Bruqrais helps people to procure documentation through dealings with the bureaucracy and occasional appearances on TV.

Asked by Mary Lawlor about particular challenges she faces, she described how the pressures of her job have sometimes forced her to keep a low profile or take a step back. At such times she has experienced persistent trembling and vomiting. The most common word used against her is “whore” and threats to her safety are a regular occurrence. As a separated mother of two she has needed to explain the positive side of her work to her children. The elders of her clan have exerted pressure on her to give up the job. Her defensive strategies include the daily prayers of her Islamic faith, yoga and breadth control. She also gets relief from writing songs and plays, and from switching off completely to concentrate on family life.

Contributions from the audience were wide ranging. The following comments separated by hyphens give a flavour of the first part of the discussion: more effort needs to be given to getting these matters taken up by the media – the courage of these two young women is striking – the imperative of keeping the Middle East in a state of instability is driven by a Western need to control oil production – we no longer need to depend so much on the mainstream media as young people now mainly use social media and through these new media coverage of the recent massacre in Gaza was extensive and viral.

Mícheál Mac Donncha, the Sinn Fein Lord Mayor of Dublin for 2017-18, described a visit he made to Palestine earlier in the year. His expression of solidarity with the Palestinian people made while in Ramallah on the West Bank in April was so effective that the Israeli Prime Minister, Binyamin Netanyahu publicly denounced him. He had replied that the criticism from Netanyahu fell into the category of labelling as anti semitic anyone who criticised Israeli policies. He said that Senator Frances Black’s efforts to support the BDS movement (Boycott, Divest, Sanction against Israeli produce, especially from the Occupied Territories) in the Irish Parliament were worthwhile and needed to be kept up. He also urged support for an Irish boycott of next year’s Eurovision Song Contest which is to be held in Jerusalem (since the meeting it has been relocated to Tel Aviv). (In discussions after the meeting we were informed that social media videos showed activists in Palestine holding up placards stating “Thank you Dublin City Council” and “Thank you Donegal County Council” in response to motions of solidarity passed by those bodies.)

A member of the audience questioned the efficacy of Senator Black’s initiative, suggesting that it would never be acted on by the Irish Government. Lana Ramadan answered the point by stating categorically that passing a motion in the Irish Senate supporting a boycott of goods produced by illegal settlements in Israel was a significant development that was very much to be welcomed.

Another audience participant described his own efforts on social media to counter Israeli propaganda. He had followed this up by writing to all members of Dail Eireann (the Lower House of the Irish Parliament). Picking up on this point Mary Lawlor suggested that this example should be followed by others in the audience holding well informed opinions.

Striking a discordant note a speaker proposed that instead of projecting a picture of Roger Casement on the screen as a backdrop to the present discussion, a photo of businessman Denis O’Brien should be projected. O’Brien, claimed the speaker, had bankrolled the Front Line Defenders organisation, the implication being that the organisation was pursuing an agenda favourable to the interests of a wealthy businessman. Mary Lawlor replied stating that, arising from her work for Amnesty International, she had founded Front Line Defenders in 2001 with a $3 million donation from Denis O’Brien who attached no conditions to the donation. Front Line Defenders which had a legally constituted Board of Directors had benefited greatly from O’Brien’s donation which was used to offer round the clock protection to human rights defenders in danger – through security grants, training in physical and digital security and risk assessment, advocacy at international level and emergency evacuation.

Pierrot Ngadi, a member of the organising committee of the Roger Casement Summer School, stated that Front Line Defenders was doing important work which he had personal experience of in the Congo. Angus Mitchell, a speaker at an earlier session of the Summer School, questioned whether an exclusive focus on human rights was the most appropriate means of assisting the Palestinians. Lana Ramadan replied that she knew that the human rights label had been used to justify oppressive interventions in different parts of the world. In the case of Palestine she considered it valuable to the struggle of her community. In the same way other more political forms of activity should also be used.

Replying to a question about increasing cooperation between Israel and Saudi Arabia Hadeel Buqrais stated that in the past it had been possible in Kuwait to express solidarity with the Palestinians but that this was now discouraged. She said that tensions between Sunni and Shia Muslims were on the rise in Kuwait and other Middle Eastern countries and that this had a bad effect on efforts to improve human rights.

A question was asked about the Breaking the Silence movement which enabled ex-Israeli soldiers to speak out about traumas arising from military tactics used against the Palestinians. Ms Ramadan was unsympathetic to this movement as she considered it portrayed Israeli soldiers as victims. She recounted how while in the US she had been asked to meet a fellow student who had lived in an illegal Israeli settlement and now described it as a bad experience. She found it impossible to sympathise with people who had enjoyed the advantages of the Settlements while her community was being harassed by Settlers.

The last contribution to the discussion came from a woman who advertised a couple of websites which cover the debate about Israel-Palestine from a Jewish perspective that is opposed to the Occupation. This reporter believes that the sites in question were those of Jews for Justice for Palestinians (UK) and Jewish Voice for Peace (US). Following the discussion, Roger Cole, Chair of the DLR (Dun Laoghaire Rathdown Council) Roger Casement Summer School committee, said that in relation to the session on Palestine and Kuwait, for that session alone, the effort expended in organising the School had been well worth it.

Roger Casement achieved international fame in the early twentieth century for exposing and ending rubber slavery in the Congo (1903-4) and in the Putamayo region of the Amazon Basin (1910-11). In both places the death toll inflicted on native populations was horrific: an estimated ten million Africans died as a result of King Leopold’s reign of terror in the Belgian Congo, and an estimated ninety per cent of native Indians were wiped out by the Peruvian Amazon Company in Putamayo. Both instances of mass killing were fed by racist attitudes.

Considering that accusations of anti semitism are now being regularly used in international discourse to curtail criticism of Israel’s treatment of the Palestinian people, it is reasonable to deduce that the human rights discussion at a 2018 Summer School dedicated to his memory would have met with Casement’s approval.

Dave Alvey is a retired teacher and former Branch officer in the Teachers Union of Ireland. He writes for Irish Political Review and is a member of the organising committee of the Roger Casement Summer School.