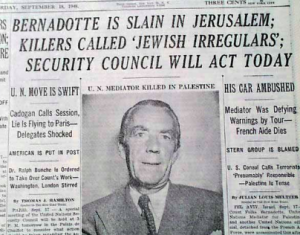 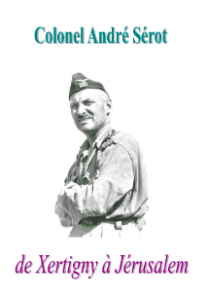 On 17th September 1948 the UN’s ENVOY in Palestine, Count Folke Bernadotte and Colonel Andre Serot of the French Army, serving with the UN were murdered In Jerusalem. Both bodies were flown to Paris, Bernadotte’s en route to Stockholm.

Somehow their successors in office seem unaware of the event.

Luckily, Pathé News was there to capture  the Paris reception. It is still available (as I write this) on YOUTUBE. I hope some of you will record it before it disappears into a black hole.

The late Gore Vidal described his country as THE UNITED STATES OF AMNESIA. I’m afraid that historical amnesia is a popular epidemic.

View all posts by Jude Collins →
Brexit and a second referendum: haven’t the people spoken?
The DUP and saying No to an independent chairperson