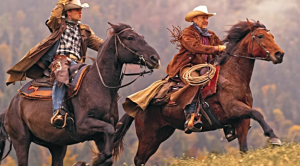 It’s not every day I agree with Fintan O’Toole, but this blessed day, with the mature October sun peeping in my window, is one such day. Fintan has an article in today’s Irish Times, and it shows perception and wit.

Titled “The DUP is sleeping with the enemies of the union”, the article goes back to that survey a week or two ago, which showed that Britain’s (aka England’s) Brexiteers are so keen on getting out of Europe, they don’t give a damn about the Good Friday Agreement or peace in Ireland. A heady total of 83% of them don’t mind the unraveling of peace here, providing they slip their EU chains.

But the big news is that the Brexiteers are unreservedly agin handing over that big fat annual subsidy. A total of 75% are opposed to English taxes going to fund Northern Ireland. The point Fintan makes is that the DUP are on the wrong horse. While the Brexiteers are overwhelmingly against subsidizing the people here in the north, get this: 52% of Remain voters in England would agree to spend their tax money on Ireland’s northern paddies.

Mind you, even 52% is a bit of a knife-edge: nudge it a couple of percentage points and a majority of Remainers would also be opposed to shelling out money to the land across the Irish Sea.

The fact is, Brexit has been the love-child of little Englanders. The DUP, showing its customary cunning, has gone against the wishes of nationalists, republicans and a considerable number of unionists here and backed these English backwoodsmen and women, someone recognizing in Boris, Nigel and Ed traces of their once-beloved Ian Paisley.

Except they’ve forgotten that Boris, Nigel and Ed have their Leave guns faced, not at the enemies of the DUP, but at  the DUP themselves. Had they thought about it for a moment, the DUP would have figured this out. Because while the Brexiteers may pretend to see the DUP as their allies, they have no intention of spending good English money on a bunch of gougers who think they can strip English taxpayers and be thanked for doing so.

Is it too late for the DUP to do a Roy Rogers and change horses in mid-gallop? Alas, it is. The die has been cast. The DUP are busily hoisting themselves with their own petard.