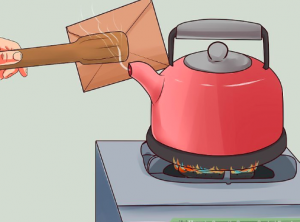 I read with interest the letters of James Casement and Michael Smith (October 27). Most of the information (20 Oct) on Frank Foley and Guy Liddell I got from THE LONDON REVIEW  BOOKS of 9 April 2015.

The piece was headlined “Stuck on the Flypaper – Frances Stonor Saunders on MI5 and the Hobsbawm File “ and had been the text of a speech she gave on behalf of LROB in the British Museum. If Messrs Casement and Smith took issue with Ms Saunders’ story I’m sure your readers would be interested.

The former Home Secretary Alan Johnson was an ex-postman. And he has written how he was aware that letters on his round were removed, photo-statted and returned. In London the Post Office Special Intelligence Unit had a special facility where letters were steamed open at St Martin’s -le-Grand near London’s St Paul’s Cathedral. It is believed there are similar facilities in every major sorting office in the UK.

Neither Mr Casement nor Mr Smith explains why, prior to September 1939 any accredited British diplomat needed to be a hero for his actions in Germany. The article in the London Review of Books by Ms Stonor may be read in full from the Internet.

Anybody sincerely interested in unsung heroes of the Holocaust might google Count Folke Bernadotte, a diplomat who met a violent death in Jerusalem on 17 September 1948 -exactly 70 years and 1 day before Frank Foley’s statue was unveiled by Prince William in London.