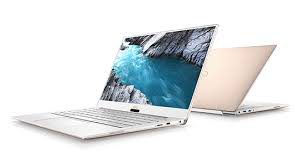 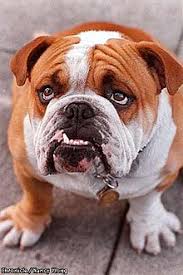 First, it was Finchley.

Second, it was Somerset.

–Pardonnez moi, but did you just say ‘Somerset’, Ma’m?

-Oh, yes: human bondage, and all that wee harmless stuff. How’s about ye?

(Psssss: curved ball question from the straight-as-a-tie tartan type in the audience: Och, alas, whate’er happened to wee Sutherland? Or, do ye not intend to go there no more, lassie?)

Somerset, so, from which the summer is never set to depart, it is, and where the squat Ma’am Foster squats upon her wee three-legged milking stool in the Khash-fired byre a-dreaming of her little thatched cottage in the East. With? With a banjo and her cool Harrod’s crocodile handbag on her knee, an alligator smile on her dial, a-strumming and a-humming a number, tentatively. The toon about why Erne and Earner (as in ‘a nice little’) are twinned forever at the backstop.

And why the pinstriped balladeers in the cocktail bars of Armagh, day in, night out, do be making the rafters ring by commemorating Tommies’ banjaxed sounds of ‘Finchley by Finchley, Saville Row by Saville Row’, that sorta thingy ring a ding dong ding, raddle me Daddy-o. No Tory is an island? That’s what the dogged devotees of Empah thought.

So, that’s that, then. The 6 Counties are as British as the 8 Home Counties, give or, erm, bake a cake. If it ain’t broke, Brexit. But even more so, if it is broke, Brexit. Ergo (pronounced like a hiccup) in Northern Shireland, aka Tormented Green Corner, we get:

But, soft youse a word or two before ye Brexit: perhaps, in fact it should actually be:

Where the l is as silent as the Leprechaun Language itself.

Consider, after all, the connections the old sloothery sleuth had with Paddy’s Green Shamrock Shore, sir. Arthur Conan Doyle’s uncle Henry was once the Director of the National Gallery, Dublin while his own mammy was Mary Foley from that same fairisle city. Old O’Cones was sufficiently Irish to stand for Doyle Eireann itself. Elementary, dear boy.

Take, f’rinstance, the story ‘The Case of the Cardboard Box’:

A gruesome packet wrapped in brown paper was sent through the post to Miss Susan Cushing, of Cross Street, Croydon. An orange yellow cardboard box was inside, filled with coarse salt. On emptying this, Miss Cushing was horrified to find (gasp) two human ears, apparently quite freshly severed. Anyway, to cut a longish story short, one was a male ear, the other a female ear, both pierced for earrings.

Whether, on reading the packet’s place of origin, the jerky, rigid recipient with the legs that balked at walking, tripped the light fantastic or skipped the light fandango, it is not recorded. But one suspects she might: the protocols of the harem must be observed at all time.

The postmark proclaimed : Belfast. The unbarked message was stark and narky: Lissen up, babe, or youse is toast. Lend us your ear, d’ye hear now?

But, what did this mean? How could this mystery be unravelled? With the help of Ravel, perchance? A stiff-jointed senora in a bolero dancing same in a stilted, jilted way. Pirouetting like a puppet?. Ese clase de cosas? Hardly. Or even, softly.

To downsize his humongous brain of clutter, Sherlock Holmes, utterly at home in, erm, Baker Street, (recently on the market for 221 thou) downplayed various straditional tunes on his Stradivarius, while attired in his de rigeur dressing gown and stretched full length on his comme il faut couch, in the wee small hours.

Everything from Nine Points of Roguery and Boil the Kettle Early to The Floating Crowbar, Doddsy’s Dodgy Duds, The Hare’s in the Corn, The Ancient Mariner’s Geriatric Fit and McArthur’s Fancy which was a variation in C-minor of the old Corelli reliable ‘Cáca Milis, Cac Searbh’.

Clues immediately stuck to the detective’s nondefective brain, like glue. Milkman was on his way.

The knot was a sailor’s knot, the string was tarred, but not feathered, though it was hairy.

Sailor: wife and Milkman caught in the art and shaft of hanky panky, which, in the time-honoured tradition of the maritime world, meant they would, in the fullness and bunch of time, inevitably walk the planky.

Ship: The (gulp) S.S. May Day, belonging to the Liverpool, Dublin and London Steam Packet Company (such poetry would put the Linguistic Lapdog with a Laptop into a paroxysm of hark-to- my-joyous-barking and new male tail-wagging as it manifest-ly ruled out any affrontier in the waves between West Britain and the Mainland.

The station, ar ndóigh, notorious for its non-fake news, for which it ships a lorra, lorra stick, though still not from the Continuity Sticks.

-Hear ! Hear! Over here, over laid, over texted.

(SOS: to take a milkshake break from fake news and to dip into Milkmann Buke. A big day for the literary equiv of McHenpartyism.

Molly Bloomer prose with a light elasticity. Zing goes the taut string on flash of fifty-something female thigh flesh. Whipped cream of consciousness, that sorta zing a dingy. Yes, she said, yes. Yes, she said, yes means NO ! They just don’t get it, do they?

Spoiler alert: for those who wallow in the Curdled Milk of Mere Man Kindness they will find little to TUT, TUT about in the woman’s way of The Unionist Times. Cue entry of character called chef (still with a small c) who shows the truth, the light and the new woman’s way to culinary delights by specialising in the preparation of a million dishes involving mince meat. All the better to outreach and to teach the mere male 49 % how to mince while walking and to mince while talking and, thar ní ar bith eile, to mince while Johann Sebastian Bawking in a G-string. That kinda thingy.

It is, ar ndóigh, a Dystopian novel. Which means that the authoress, oops, author from West Belfast doesn’t actually name the location or time in which the novel is set in the 70s. Even as she is extolling the all-the-saming of the sexes in the nexus of the Wee 6 while simultaneously blaming and defaming the lame-brained dames who do exactly that by opting to become the dolls and molls of the unnamed urban sprawl and shopping mall boyz with the baseball bats. Or, even hurley sticks, for ball-ance.

The hero (for it is she ! out with heroine !) cultivates a habit which is eerily futurescaping. She not only reads while she is out walking but also while out running, thereby anticipating the mobile (very) phone. This author (hiss at the ‘ess’ suffix: this is Finchely in the 70s, after all, not Sussex) is nothing if not clever by calves.

Take the name of the novel she is speed-reading even as she jogs along at a dog trot:

That wouldn’t be, by any chance, an (gulp) Ulster? Now you have it. Prose like rough cloth, and guarantees a belt in the back.

This Mid Ulster Heralds the end of this Milkshake Break, brought to you by Acker Milk Dairy Products which welcomes strangers to our shore, with open farms like Glenanne)

Meanwhile, south of the Black Sow’s Backstop there is a Presidential Election being contested in the truncated stateen , or even, long gonetested. A slam-dunk, Ma’am, for the pose-drunk, semi-recumbent incumbent.

The shadow of Congo Crisis O’Brain hangs over this Election, like the shadow of Harry Lime on the wall in ‘The Third Man’. Indeed, so much so that one can almost hear the foot-tapping sounds of Hank B. Marvin’s lead guitar in Kon Tikipedia strumming menacingly in the background.

If one reads the smoke signals not incorrectly, only a hitch-up of H. Cockian proportions can now prevent, it seems, the due-to-be-redundant Apache M. Dee returning to Teepee an Uachtaráin in the Phoenix Park of the Two Barking Dogs. Actually, the Phoenix Reservation, reserved for those incumbent chiefs who speak with forked tongue about long term intentions. Kemo sabay?

–As for the middle class as a whole, there is some reason to believe that on Easter Monday, 1916, the main focus of its interest was not the GPO but Fairyhouse Racecourse.

-As for the egregious muddle-class as a hole who don’t know their Erse from their E-grease, there is some reason to believe   that, more and more, it looks like the 6 hoss race for the Fairy House Stakes is being reduced to a high-stepping One Trick Pony whose lonely path is made less stony mainly on account of the piebald pony on the outside choosing to run across the other four also-rans. Thus ensuring that the One Feather Boss will now be sporting Two Feathers, come the weekend. Not to mention the faux pas of the Palomino in the colours of the GPO, oops, GPLO in neighsaying she was a Pal of the Palestinians.

Cue the Shadows’ Shindig, which translates once again as the Dig at the Shinners being played at 78 rpm rather than at 45 rpm.

Take a gawk at a typical, random, run-of-the-mill newspaper of record about to go under the Wrecking Ball – like, say, lemme see, ah yis – : The Unionist Times. Which has gone into Tut-Tut overdrive in this latest Shindig of an Election:

–We couldn’t get beyond the enamel Irish Tricolour beaming out at us from Liadh Ní Riada’s lapel.

Her Lordship’s concern is for the putative persecution of Southern Yunes by the compulsory wearing of the Easter Lily in their downtrodden designer lapels.

2.Northern Yunes’ concerns on the TUT are barked in a modulated tone by Donald Clarke:

–As the daughter of Seán Ó Riada, the nation’s own Wagner, Liadh Ní Riada knows a thing about creative finesse.

Wagner? Mein Gott ! Designed to set his colleague in a collar, the Linguistic Lapdog’s tail-a-wagging with mirth while loosely attempting a comical goose step on Gott’s good earth, ja, upon all four paws.

–Peppering her delivery with spurts of Irish like Don Corleone returning to Italian in moments of stress, Ms. Ní Riada is here to reassure us that Sinn Féin hasn’t gone away, you know.

–Liadh Ni Riada is there because Sinn Fein wanted to run a candidate.

Sin sin, for Sinn Féin. The prose is in the pithy? Thumbnail sketch: sharp, very. Never mind the width: feel the Brevity.

This is the unkindest cut of all: call it the Kit-Katte Cut.

For this is all the thanks the Sinn Féin candidate gets for being a member of a party which went so far as to change its name from Sinn Féin, by soldering the ‘i’ and ‘n’ and morphing into:

Thus, this trio of not-so-neo TUT cheerleaders of both Leo and Mickaleen Dee-o are to be heard singing so with brio:

Or, maybe that ought to read:

– Members of the fan group running Galway United have approved a takeover of the club by Saudi Arabian investors. Saudi businessmen Abdulrahman Al Nemer and Mohammed Al Ruwaite approached Galway with an offer last month. The club is currently run by the Galway United Friends Co-Operative.

Though not one of the official 14 tribes of Galway (having been black carded by The Lynch Mob) does this mean that The Burka of The Burke Tribe / Clann de Búrca will once again be worn on the streets of the (gasp) European Capital of Cutlure 2020?

Only hind sight will tell.

TUILLEADH   LE   TEACHT:   TO BE CONTINUED