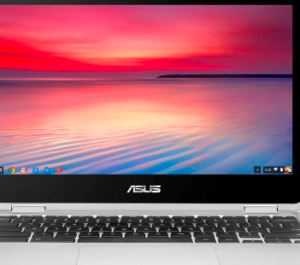 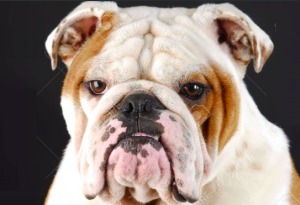 As recently as last Tuesday, just four days before Chooseday, the result of the Mid-Term Presidential Election was in the mere Laptop of the Gods.

For four nailbiting weeks before that fateful and faithful Tuesday Intervention the result of the wee six-horse race in the Twenty Six was neck and neck, nip and tuck, stirrup cup to giddyup, too close to call, but short enough to simultaneously appal and be the cause of a yawn, till the dawn of Tuesday came up like Thunder over the Chinese takeaway on Tara Street across Dublin bay.

Enter, stage centre, from down under and up through the trapdoor, on all fours, The Linguistic Lapdog with a Laptop, his tongue a-loll, his tail a-wag, in full melodramatic mode as befits his theatrical background as an Abbey Theatre apparatchik. One who consolidated the English language-only (gulp) National Theatre as a No-Green Room for Rome hippodrome.

The reason he was slow to emerge was because FOTUS (for it is still he, Fintan O Toole, Uber Shoneen!) is one son of a gun who NEVER jumps the gun, having been one of those who, more than most, if not all, has, erm, taken the pun out of Irish politics.

His tongue-lolling intervention in TUT, was, ní gá a rá, a gamechanger, indeed, THE gamechanger. The one which guaranteed that Polling Day would see that the underwhelming tsunami of voters would be in (gasp) Good Friday Agreement with him regarding the itch to extend the shelf life of the delph-delicate and pitchperfect salami-eating ham actor by another seven years.

With him and his Himprimatur:

-Fintan O’Toole: Irish presidents are the best in the world.

As a Republic we can be proud we elect presidents of eloquence and gravity.

As the heading indicates, and the bodyshape of the pastoral letter verifies, the prose is, quite simply, as purple as, say, Sammy Wilson’s face while the Shankill Samurai do be orating in the House of Commas, which chamber is not at all to be confused with The House of Full Stops, aka Stormont.

WARNING: As this is a Fine-Toned High-Roller-Boaster of a read that includes sudden and dramatic acceleration, social climbing, dipping, tipping the forelock and backward tilting consistent with a compelling canine desire for the b.t. (belly tickle) those who suffer from a heart condition or pregnancy or who enjoy unique body proportions may not be able to safely read.

-Like Mary Robinson and Mary McAleese before him, Michael D Higgins has used the Irish presidency to talk about things that matter to the world. His speeches are reflective, searching and challenging. He is one of the very few heads of state anywhere who has delivered a sustained critique of neoliberalism and its consequences. And the evidence is that, for all the anti-intellectual sneering, Irish people are happy that he has done so. The one useful thing about the election campaign is that it has reminded us of the alternative: seven long years of vacuous blather or barstool prejudice..

Sir Oracle has spoken and so, let no other dog bark.

– I think we do this business better than almost anyone in the world. There are hardly so many aspects of our politics about which we can say this, that we can afford to be flippant or cynical about it. No one is going to mistake Friday’s vote for a thrilling moment in the history of Irish democracy. But it is a moment at which we remind ourselves that we are a republic – and take the rare chance to be justly proud of it.

But wait, as Jimmy Cricket once remarked to Kitty Ricketts: there’s even more.

–I would not trade any of our recent presidents for all the crowned heads of Europe.

Eh? Including even, er, ER? Eyerolling time in the Emergency Room. Who said, oops, eloctuted that FOTUS has never taken ownership of a funny bone? How then does one explain away the corridors outside the ER absolutely jammers with trolley-traffic with loyal TUT readers in urgent need of and clamouring for even more stitches?

Fintan hasn’t finished yet, with his fawn-coloured prose, you know.

– But as well as the president, there is the presidency. It works. Mary Robinson radically reinvented it in 1990 and if every other part of Irish democracy had been reshaped so successfully, we’d be in a much better State. And it works because of us.

Us. That’s colourful us, in Occidental England, not that US of A which stole the U from COLOUR.

-We have consistently refused that invitation. Whatever the temptations, we have too high an opinion of ourselves to want a presidency that merely indulges either our own temporary whims or those of some charismatic chancer. In the gloom of this campaign we should not forget a remarkable truth: we do this really well. I can honestly say that, over the last 28 years, whenever I’ve been in a part of the world where the Irish president has been, there is a sense not just of admiration, but of envy: how do you guys manage to get someone like that?  The answer is complicated and it may even involve a certain reaction against a history of being shamed and traduced – we don’t want to let ourselves down in front of the neighbours. But I take an unreasonable pleasure in being able to answer, for example, an English monarchist who argues that popular elections would produce only vulgar and undignified heads of state. I would not trade any of our recent presidents for all the crowned heads of Europe.

-I think we do this business better than almost anyone in the world. There are hardly so many aspects of our politics about which we can say this, that we can afford to be flippant or cynical about it. No one is going to mistake Friday’s vote for a thrilling moment in the history of Irish democracy. But it is a moment at which we remind ourselves that we are a republic – and take the rare chance to be justly proud of it.

We have long become blasé in our own downbeat WB way about our being the Best Fans in the world, footie wise, but Fin bins that modest claim by spindoctoring and staking his own claim to be THE biggest and brightest fan of the best Prezzers in the whole, wide, unfurled World. By? By presenting the present recurring incumbent of Arse-lick an Uachtaráin with the ultimate Prezzie:

-His own Hymnprimatur of Praise.

Blessed are we, South of the Black Sow’s Backstop, gan dabht dá laghad, to have had the Holy Trinity of CSF in permanent residence at our bewitching Presidential Palace in Wand-er, land.

Contralto, upon whose stilted walk Legs 11 in Number 10 seems to have based her post-doctoral thesis, under the title ‘Legacy Issues’, famously went where angels dreaded to tread, including Hausfrau Saxe-Coburg-Goth and Queen Volumnia of Tonga, amongst a multitude of udders, into the Vatican. And she to be (gulp) bareheaded. As if she were attending an Ard Fheis at the High Crass of Ard Bó.

Her later visits to Islamic countries saw her re-spectfully wearing the traditional headgear of her pre-marital and pre-martial family: the Burka of Clann De Búrca. Coo-coo-ca-choo, Mrs. Robinson, née Bourke. What a crassy gal.

Whose Presidential residency got off to a genuine Come Chancing start by her dandling a Candle in the Window, thus emitting an Elton John-type vibe. Embroidering a Frat Boy Pat Kavanaugh pattern with her holding aloft his volume of unhobbled verse:

Oh, and she jumped ship too before her tenure as Cap’n of the Ship of State was up. So she did, this Olive Oyl who failed to make the Dyl but got to play the Popeye of Presidential Politics. Wished then, without a scintilla of shame but with a surfeit of self-awareness, to be named Admiral of the Admirable Flotilla of the United Nations, no less.

This lass, this Vessel of Singular Devotion to her own advancement, alas, fell between two vessels and fell into the ocean, to plumb the fishy depths of global obscurity. She made a splash, ceart go leor, but not quite the one she wanted. One (gasp) uncaught by the flash of a phenomenal phalanx of paparazzi.

Pure unfathomable crassness of a Presidential, erm, Seal. Sadly destined to leave the barking to her ever faithful Lapdog.

Soprano:   Forced by Fate (useless, without good works), the Ketchup Kolleen was compelled to play a kinda catty catch-up with her predecessor from the off, very. Take a look, f’rinstance, at the angle her hat is worn when she got to grace the Vatican with her own divine presence.

Shucks, it’s hardly on her head, at all at all. For her hat is worn at what only can be described as a Harold Lloyd angle: hanging on by its very finger tips to the clock hands at the back of her tilted, titled and entitled head. More off than on, like. Still, she knew The U. Times was on her side.

Thus, she has been assiduous in keeping up her good works, by gum, even in her post-Presidential and pre-Papacy interregnum. Been there, done that, wears the Tee-ology.

Confucius, not muzzled by Non-Disclosure-Agreement, say:

Of course, it was no mere coincidence that CSF should have morphed the attraction of the BRAIN of Britain West into a fantasia of sycophantia.

Cerebrospinal fluid (CSF) is, after all, a clear, colourless body fluid  found in the BRAIN and spinal cord.

CSF protects the BRAIN tissue from injury when jolted or hit, by providing a fluid buffer that acts as a shock absorber from some forms of mechanical injury. It is a mutual inflation society.

The global brain lobes of the less than boastful Linguistic Lapdog with a Laptop host an incomprehensible host of varied interests. One of which of late has been his distinctive Irish call for a new, y’all inclusive National Tantrum which not only a dog could whistle but also, a canary sing.

His icky hick sycophancy has not gone unrewarded. He need no longer bother his grey cells in the cold and lonely intellectual cell atop Carauntoole, paring his nails.

Call it: give the dog a bonus

Last night there were four canaries Tonight there’ll be but three: There was Mary R and Mary M And M. ‘Car’ Michael and me.

Truly do we owe The Sycophantic One an IOU.

And one can scarcely repay FOTUS more than induct him into a Trio of Sycophantic Immortals from the Litany of Literature:

Step forward these fabulous fawners from the goose quills of Shakespeare, Trollope and Dickens:

Ach, conas is féidir an aisíocaíocht a bhuanú? / But, how to erect a more solid form of repayment?.

Look no further than a deserted but not derelict building close to the heart of Dublin and Dubliners alike. That would be 2 Palace Street, Dublin 2, hard by Dame Street. It is a gorgeous relict of Georgian Dublin and its narrow façade still boldly features the name of Liffeyside’s oldest charity which purchased it from the sniffy family of (gasp) Robert Emmet, proto-Provo.

-The Sick and Indigent Roomkeeper’s Society.

Bear in mind the default position of FOTUS : Indignation. Week in, week out, it is I. once again. But every Seven Years it is replaced by the S-word: Sycophancy.

Give the Keeper of the Grande Dame rooms there; the façade would only require a little finger fiddle-faddle:

-The Sycophantic and Indignant Roomkeepers Society.