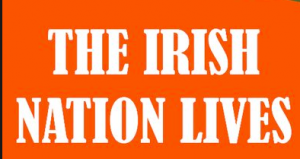 Daniel O’Connell famously prophesied that the railways would be “the making of the Irish Nation.” He was answered by a song complaining that the poor of Ireland with their pennies had financed his (failed) Repeal Movement and were being recompensed by being deprived“of what little divarsion they had, whilst the Liberator was now making children in Dublin by Steam.”

Bob Geldof’s recent pronouncement in Philadelphia on the making of the Irish Nation, relayed by “Irish Central” with the solemnity reserved in less enlightened days to Papal Encyclicals, offers much  Divarsion  for Connoisseurs of Bunkum, Claptrap and Merde Du Cheval.

For he claims that the Irish Nation was created by “The Famine.” His bunkum is not original, nor even secondhand. For it was part of two pages of garbage in the May/June issue of History Ireland submitted by Dennis Ireland, a former Deputy Editor of The Irish Times, which he had imbibed in Queen’s University, Belfast from J.C.Beckett in the 1950s. Dennis Kennedy seems to have suffered the curse of the Bourbons. He has forgotten nothing and learned nothing since the 1950s.

For a start Ireland produced and exported food in abundance in during the “Famine” and hosted  and fed half of all the regiments of the British Army, stationed there to reinforce the bailiffs, landlords and armed constabulary who ensured the food did not get into the mouths of the poor adults and their children who would otherwise have constituted a high proportion of a GROWING NATION. Ireland is an ancient nation with the oldest literature  North of the Alps. It was not made by Daniel O’Connell – who invoked  the victory at Clontarf, and the ancient glories of Tara, nor any of the patriots since his day. Dennis Kennedy thinks genocide as applied to the Irish people and cultural genocide are good things.

Geldof says the 1916 Rising was nonsensical. It lessened the crazy stampede of Irishmen into the Great War which had been planned by Britain and France since 1904. (See the first paragraph of David Lloyd George’s War Memoirs.)

The insurgents asserted Ireland’s rights and Irish voters endorsed their action. General Maxwell, who crushed the Rising in April 1916 and shot the leaders In May 1916 in June 1916 asserted, in effect, that in 6 days fighting they had achieved more than the Parliamentary Party had in 35 years.

The Irish Army  which emerged has helped assuage some of the suffering arising from the criminal chaos unleashed by Britain and France andthe murderous rapacity of King Leopold II of the Belgians. They didn’t rattle collection boxes and pose a la Leopold as champions of the Africans. Some of them died in the Congo. Irish Holy  Ghost Fathers, and other Irish Priests and nuns, and other Irish Christians did wonderful work in Africa, and a classmate of mine was murdered there. Last year In London, I met a Nigerian priest of the Holy Ghost  Fathers. I told him I’d been taught by a priest who had been in Nigeria with Bishop Shanahan before the “Great War”.  He said the Bishop’s reputation in Nigeria was like that of St Patrick in Ireland. My teacher had captained a rugby team in 1904 and de Valera was one of its best players. He remained a friend of Dev all his life.

Geldof is a woefully ignorant, arrogant, self-centred and selfish loud-mouth.

I’ll return to the phenomenon of Dennis Kennedy presently.

View all posts by Jude Collins →
LAPDOG   BITES   BULLDOG (13) by Perkin Warbeck
What do the Tories really think of unionists?