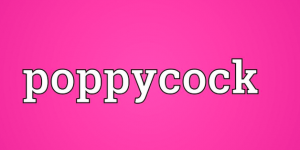 In yesterday’s BLOG – THE MAKING OF THE IRISH NATION, I mentioned Bob Geldof, the old Bad Boy of Blackrock, who poses as, among other things, A Ragged-Schooled Philanthropist. I also mentioned an ex-Deputy Editor of THE IRISH TIMES, Dennis Kennedy, whose perverse reading of history just won’t wash. Coincidentally, Bob Geldof echoes him.

Dennis Kennedy has tried his hand at prophecy also. I remember reading in THE IRISH TIMES during the 1980s when the campaign to recognise the right to life of children in the womb was under way. He asserted that it would widen the gulf between Catholics South and Protestants North of the British Border in Ireland and thus perpetuate it.

He may not have been the first to make that prediction. About that time the “Moving Statue”  story was exciting some people in West Cork. Peter Kellner, then writing for THE  NEW STATESMAN,  was holidaying in West Cork. The “STAGGERS” never paid much but Kellner had a nose for the main chance and wrote a patronising piece about the peasantry for THE TIMES, a bit more right-wing than the old Fabian journal, never a friend of Ireland, and, best of all, ready to pay good money for bad journalism. Kellner coupled the campaign to protect unborn children with the Moving Statues story to predict that the passing of the Eighth Amendment would further alienate Northern Protestants from Southern Catholics.

Not  long before Peter Kellner’s prophecy (and Dennis Kennedy’s) the House of Commons in London had debated a Private Member’s Bill introduced by an MP called Corrie. The Bill applied only to England and Wales and put further restrictions there on the availability of abortion (beyond those restrictions imposed by the 1967 Act). Seven of the Eight pro-Union and four of the four Nationalist MPs supported the Corrie Bill.

I wrote to the Irish Post about Peter Kellner’s KNOW NOTHING contribution to understanding politics and believe my letter was published there. His career prospered as an opinion pollster and he founded and was President of YOUGOV.

I found a hardback collection of Dennis Kennedy’s 1980 essays, including the one quoted In my local Red Cross Bookshop recently. It was priced at £2 which I considered outrageous.

On second thoughts I should have bought it so that gullible minds are not led astray by such poppycock.