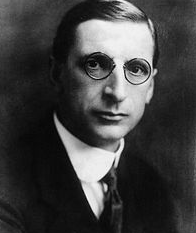 “The result of the East Clare election was declared at Ennis today as follows: Mr Eamonn de Valera

the utterly unexpected size of the Sinn Fein majority. A similar feeling prevailed in Dublin when the

news became known. Men of all parties admitted that here was a portent in Irish politics which must

have far-reaching results. Previously the Sinn Feiners had shown their strength in South Longford and

North Roscommon. Their victories were attributed less to the appeal of a definite programme, which

indeed did not exist, than  to discontent with the Nationalist Party and anger at the treatment of the rebellion

prisoners. In order to make an atmosphere for the Irish Convention the Government released the rebellion

prisoners. The result was not according to its hopes. Mr de Valera and Mr Macneill instantly asserted leadership

over the Sinn Fein party, proclaimed a policy of open war on British authority in Ireland, and were fortunate

in finding in East Clare a dramatic opportunity for the beginning their campaign.

The policy for which Mr de Valera invited  the support of the electors was stated with the utmost candour.

The Sinn Fein Party demands absolute independence for Ireland and representation at the Peace Conference.

It contemplates revolution if necessary, but only at a time when England’s difficulties will give another rebellion

a chance of success. It repudiates Ireland’s share of the National Debt. If the Sinn Fein Party secures an Independent

Ireland and Ulster resists Ulster must be coerced.

Scenes of wild excitement followed the declaration of the poll. Addressing the crowd, Mr de Valera, the new

member,  said it was a victory which would be celebrated all over the world. It could not now be said that the

people of Ireland did not want absolute independence . The election would be a glorious monument to the men

who died in Easter Week. If Ireland only had the ghost of a chance, she would fight for independence. It was a victory

for an Irish Republic.”