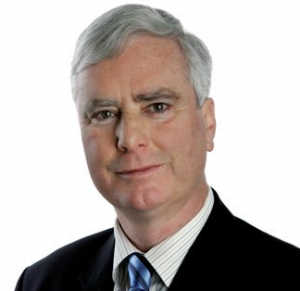 Supposing a group of people decided they were going to wreck your conditions of living. They arranged so that you’d get a shrunken salary, that essentials would cost more, that you’d be forced  to swap your BMW for a bicycle. How would you feel about that group? Would you be distressed if one of your neighbours, who’d suffered the same fate as you at the hands of the same group, denounced the wreckers as a shower of clowns with scarcely the brain of  a dim canary between them?

That’s by way of preface to a piece in today’s Irish Times by Stephen Collins (no relation )  entitled ‘Brexit no excuse for bashing the British’.

“Sneering at the foolishness of the British people and taking pleasure at the political contortions required of Theresa May and her ministers to make the best of a bad lot is not simply unneighbourly but potentially dangerous.It Is the mirror image of the attitude of those in the UK who demonised the EU for so long.”

No . Sorry, Stephen old bendy banana.  There we part ways. I reserve to myself the right not just to sneer at but to yell, curse and screech at the foolishness of those who voted for Brexit and who continue to insist on it, even when they know it’s going to damage them and the rest of us. Likewise I reserve the right to say that Theresa May is pig-headedly stubborn in refusing to consider the possibility that the English people might have changed their minds and decided that, in a choice between serious economic damage, cataclysmic economic damage and no economic damage, it’d be maybe better to go for the third option.

There are a lot of clear-thinking, realistic English people who don’t share Boris and Nigel’s  delusions about the sunny uplands of post-Brexit life. But there is a large body of English people who are determined to legislate themselves into penury and to take the rest of us with them, against our explicit wishes. Calling such people dangerous psychopaths is not Brit-bashing, Stephen old soft-soaper. It’s pointing out that there are English  half-wits who are pulling us all into an economic pit, and while you may be too polite to protest, some of us think that these sadistic masochists are lucky if we stop at damning them to hell and back, whatever their nationality.