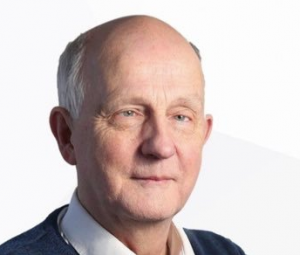 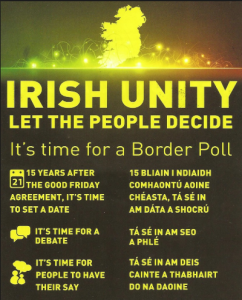 Alex Kane is one of those rare creatures, a unionist journalist who is at ease with nationalists and republicans. He is a man it is difficult to quarrel with or even differ from, since he often begins his panel contributions with “Yes, I agree with what X has just said, s/he is absolutely right” , before going on to express his own views. This commendably civilized approach has one danger, and one which Alex has been known to tumble into: he occasionally allows himself to go with the flow rather than thinking an issue through independently. All that said, though, our GTC would be a more progressive place if other unionist journalists adopted his approach.

However, in this morning’s Irish Times, Alex stumbles. In an articled headed ‘Unionists need to focus on their own backyard in 2019’, he draws attention to the relative insecurity fof the union with Britain, and the DUP’s mistaken belief that a Tory government would care as much or more about them than about Britain’s interests.

Then he comes to the question of a border poll. Having noted that polls show many people – unionists with a small u and nationalist with a small n – favouring a border poll in the event of a hard Brexit, he then counsels against it:

“What they [the DUP] have in their favour, though, is that the British and Irish governments are likely to have enough on their plate over the next few years without a referendum which would – even more so than Brexit – be hugely toxic, divisive and potentially dangerous.”

This is limited thinking from a generally intelligent man. Of course the British and Irish governments will have a lot on their plates in the coming months and years. The point is, demand for a border poll will be one of those. Whatever about the British, the Irish government would be fearful of a border poll, for the simple reason that it could be won by those in favour of unification. The last thing Leo wants is the people of the north up-ending the comfortable two-party monopoly that has ruled in the south for so long. The Tories, on the other hand, would probably heave a sigh of relief if the paddies could be left to their own devices.

But is Alex saying that the two governments should be allowed to ignore growing public demand for a poll, because they may or may not be anxious to avoid one? If so, it’s an oddly undemocratic stance to take.

As for a referendum being “toxic, divisive and potentially dangerous”, give us a break, Alex. When has this tormented corner been other than toxic, and what party has contributed most to increasing the toxic factor over the last couple of years? As for divisive, if you haven’t noticed that the people of our GTC are divided, Alex, you can’t have been paying attention. And the “potentially dangerous” bit – ah, here we are again. Any time that nationalism or republicanism, even by peaceful means, show signs of making progress, the spectre of unionist sectarian violence is raised. It was that threat in 1912 that led to the creation of this deformed state; it was unionist violence that wrecked power-sharing in the 1970s; and now Alex tells us it is an inhibiting factor for a border poll.

This raises one question: who’s in charge of law and order in this state? Are there armed unionist groups who have never decommissioned and openly operate in working-class unionist areas? If we’re living in an environment where the law-breakers call the shots and the PSNI quietly opt for an acceptable level of potential violence, why not come out and admit it?

If the DUP want our GTC to be treated exactly the same as the rest of the UK, they should know that this sort of thing would not be acceptable in Kent or Yorkshire or Devon. And Alex should be highlighting that, not gliding past it as an acceptable reality of life here.