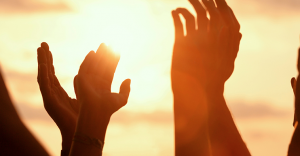 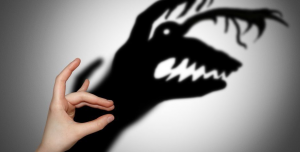 I first saw the light of day in the National Maternity Hospital, Holles Street, Dublin on Sunday,  December 28, the Feast of the Holy Innocents, in the Year of Our Divine Lord 1941. Bliss was it that time and that place to be alive. Outside things were grim. The Germans, who had attacked the Soviet Union the previous August had stopped on the outskirts of Moscow and were to get no  further. It took almost another four years before the  Red Flag with Hammer and Sickle was erected over Berlin’s Reichstag. The Soviets suffered approximately 16 million civilian and  10 million military fatalities in the struggle and the destruction of hundreds of cities and thousands of towns, villages and other communities, dwarfing even the appalling other losses in Europe.

I was blessed to be born in Dublin, capital of a democratic state, sovereign, Independent and with a Republican Constitution just three years old. Sovereign and at peace with itself and with the world at large and in control of its ports. Very largely due to Fianna Fail, under the leadership of Eamon de Valera. The bitterness of the Civil War had been put aside, the fascistic Blueshirts tamed, most of the anti-Treaty Republicans absorbed in the party or collaborating with it. Frank Aiken had, with great finesse, handled the IRA and the “Free State” Army which had fought against them, and him, in the Civil War, so they marched together singing “On the One Road” to defend Ireland’s Neutrality.

There would have been no First World War had Britain not schemed for over a decade before 1918 to crush her more efficient trading rival, Germany, and loot the Ottoman Empire. There would have been no Second World War had Britain not reneged on her solemn covenant with the League of Nations when her Great War Allies, Japan and Italy, respectively ,attacked the Chinese Province of Manchuria in 1931 and Abyssinia in 1935.

Eamon de Valera acted as his own Minister for External Affairs in the 1930s. In 1932 he was elected President of the General Assembly of the League of Nations, and in 1936 President of its Council of Ministers. In 1932 he demanded  that the  League honour its Covenant. In vain. In 1936 he repeated his demand after hearing Haile Selassie plead before the League in Geneva.

De Valera was prepared to provide Irish Army Troops to support the League in defending Chinese and Abyssinian Sovereignty.The British, who were to control the Suez Canal until 1956, were quite happy to accommodate the  fascist rape of Abyssinia, allowing passage through it of Italian war materiel .

By negotiating the evacuation by the British of  Cork Harbour, Bantry Bay and Lough Swilly in 1938, Eamon de Valera contributed to the continued existence of the Irish people. The Irish State survived the British Empire, the Dutch Empire, the French Empire, the Soviet Union and the Third Reich. And survived with honour until very recently.

But the Second World War (which until December 1941 was merely a European one) impacted on me within days, for when I was christened in St Andrews, Westland Row, neither my my Aunt Maev, nor my Uncle Bill, my chosen godparents, could attend. Maev, my Father’s sister, and her husband Bill, following graduation as Doctors in UCC, were in England, and Bill had joined Britain’s Royal Army Medical Corps. Bill was, I understand, its first doctor into Belsen when that camp was liberated in 1945.

Barely six weeks after I was born, Britain’s former Japanese allies captured their huge impregnable fortress at Singapore which had huge guns facing the sea and a garrison of 90,000. The sneaky Japanese, much fewer in number, came by land through supposedly impenetrable jungle, arriving on bicycle and other light transport. My Uncle Leo, my mother’s youngest sibling, had joined the British Army and was a Senior Warrant Officer (Sergeant Major) in the Royal Army Service Corps. He was evacuated on a ship which the  Japanese sank.

Documents on Irish Foreign Policy published by the Royal Irish Academy include records of de Valera’s addresses to the League of Nations and are accessible on line.

Nonetheless British propagandists and their collaborators and dupes in Irish political, academic, and media circles would have us all believe that Eamon de Valera, fawned on or frolicked with Nazis and fascists.  The Irish Times in February 1933 published an Editorial warning of the dire consequences of Fianna Fail’s returning to power (months after Dev’s call for sanctions on Japan) and in March 1933 welcomed Hitler’s accession to power in Germany, In an Editorial –Herr Hitler’s Way.

When Dev was calling for sanctions on Italy in 1936 Fine Gael’s very pious partisans were calling for support for “Catholic” Italy. When Hugh Pollard of MI6 airlifted General Franco from the Canary Islands to Morocco to gather mutineers to impose tyranny on Spain , Fine Gael Blueshirts joined their Crusade.

Three years on, my 3rd Birthday, 28 December 1944, is the first day I can definitely remember for I can remember eating apple pie in warmth and comfort with my parents and siblings in our house on the Hill of Howth.I can’t remember Christmas Day that year nor what I got from Santa but I’m sure we were warmed by a turf fire, because I can distinctly remember when I first saw coal, which was not available for domestic use at the time. I know we did not have turkey because we kept hens which supplied us with eggs and my father used kill a cock each Christmas.

I remember my birthday present of what my brother told me was a FOUR ENGINED BOMBER. I knew it was a toy plane, but bombs, bombers and wars were not part of my vocabulary. But, warm though I was, for less fortunate babies and tots, it was cold outside, from the Battle of the Bulge in the West to the Far East. The Irish Minister in Washington was to report in September 1945 a statistic on the Nagasaki bombing, which, inter alia. wiped out in an instant 25,000 youngsters on their way to school.

I rejoice that I was conceived in and born into a sovereign Irish State with an enlightened citizenry and a responsible government.

Scanning the Irish media on the eve of my 77th Birthday makes me fear for those conceived in Ireland this Christmastide and in the future.