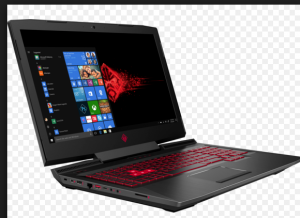 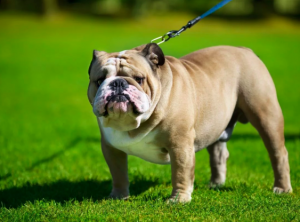 ‘Christmas’, as Whitey Bolger was wont to divulge in one of his many soundbiteys, while stuffing envelopes full of cash for crooked feds and local police, ‘is for cops and kids’.

Whatever about kids, and in the run up to Reindeer time, the noted eviction politician, É Féin, dear old Dr. Leonine Varadkar, Prime Minister of the soon-to-be only English-only speaking member stateen of the EU, kept a cool and civil tongue in his head despite being patently hot under the collar. This happened in, emer, Dale Éireann when he merely, rather than severely, accused the young slip of a Shinner, Piaras Ó Dochartaigh of allowing his B for Balaclava to slip.

Thus did the PM indulge in a pre-emptive strike to guarantee his own future redemption.

Upon that one can bet either one or all or a selection of the following: your top or bottom dollar, a high chaparal holler, a Donegal trawler, or the last of your eton collars. For come the morally superior centenary cover up of The Civil War in this, the Free Southern Stateen’s sorrowful decade of commemorations, the third term Teesh will be bombarded with ceisteanna by the bligardly Soldiers of the Rear Guard with the B for:

-Ballyseedy, and the seediness thereof on the road to Tralee, 1923.

To be followed by the C for:

-Countess Bridge, on the newly depleted and pleated outskirts of Killarney, 1923.

Causing this bellow from a titled, oops, tilted cap-wearing fellow in braces and in the backbenches:

-And, yerra, dat’s only in de Kingdom of Kerra !

-Deputy Healy Rae, from the Reeks, you can have your say when tis your turn to speak, squeak and reek with a small r !!

And with that, the gravel-voiced Speaker of the House / Ceann Comhairle of Cavil, who would c. on the ninth part of an heir apparent (if any), attacks his bench with his decisive gavel, ever on the qui vive, bracing himself to keep lively speeches from Boyos in prominent braces ( scapular and dental) from the rural belt, to a lawful level. Speeches which threathen to filibuster but empty the chamber, the Chamber Pot of Golden Oratory, not, awful speeches which threathen to reach the length if not the depth of the Bolero of Ravel itself.

But back now to Doctor Vee.

Of late, disturbing reports have been emerging of a cooling in the grá with no sign of a thaw with the squaw in the hitherto good, canoodly relationship between Legs Eleven in Number Ten, and The Leonine Varadkar.

The latter, with touching modesty recently relayed to the hordes of an expectant stateen, via a supine supplement in The Sunday Dependent, that ‘his capable partner Matt could wipe the maple floor with him when it came to tripping the light pantastic as my own spats seem stapled to the boards’

in essence means (gulp) no more swopping of pound-shop leotards from now on for their (gasp) celebrated duet of Dancing Queen in the round. Well, talk of spats !

The cause of this rigid frigidity is hinted at in the Leonine.

When St. Theresa Listen-You, in nail-scratchy Thatcher mode, refused to guarantee that the British would never say never to a Brexit from that Pale construct, The British and Irish Lions, the egg-chasing Big Tee, Lee Vee, Tee Dee went all ballistic in a kind of atavistic kinda way and immediately launched a grubber kick which went rubbery in all directions.

Flew into a right good historical rage, he did, about Reg and the Raj as he reached for the A-word:

Hysterical note: the Amritsar massacre took place on 13 April 1919 when troops of the British Indian Army under the command of Colonel Reginald Dyer fired rifles into a crowd of Indians, who had gathered in Amritsar, Punjab. Thereby knocking the native Indians for a Thousand, not out.

All of which brings one back by a commodious vicus of recirculation to:

-The Cowboy Doherty (alleged, but sledged).

Surely cause for a pause. Funny, but the only image of Piaras dressed in a cowboy suit which one can conjure up is that of Ó Dochartaigh Óg   with a ten gallon hat on his head and a six-shooter cap-gun in his hand which a Fanta-drinking fan in short pants had requested from and had brought to him by Santa Clause, Uasal.

Whatever else the huge Hugh Granta fan, famous for Fred Astairing up to the first floor and back down again in Downing Street in his shockingly pink Xmas stockings, might think.

Following is surely, Shirley, one of the great unresolved conundrum-di-dum-di-diddley-ay-ayes if the Border is voted out of Order or if the Black Sow’s Dyke is told to take a hike:

-In the reunited Ireland: what will the runner up day to Christmay Day be called ? Hunting for the Also-wran Day, pechance? Hardly.

Truly this will be a real pole-scratcher in the Poll and very possibly, a Continuity Sticky Point.

This brain-teaser is prompted by yet another genuflective plea from the terrain-appeaser Stephen Collins in The Unionist Times to be nicely nice to the splice-resistant DUP. Stephen? Collins?

Who put the Mill in Millstreet?

Will it be Stephen’s or Boxing Day?

Weigh in or send it on the Santa Fe

We have to thank

One tyke of course who wont be in favour of the taking of the above hike is, gan dabht, The Lingusitic Lapdog with a Laptop. Ní gá bheith buartha faoi sin. Thankfully, we will be blessed with harking to his dog-eared barking thoughout the New Year: a Lapdog is not just for Christmas.

I went for a walk in the Botanic Gardens and, needing to keep circling, cut off into Glasnevin Cemetery. Purely by chance, I came across the grave of John Stanislaus Joyce, who died in December 1931. His son James thought of him a few months later, in February 1932, when he got the news that his own grandson Stephen had been born. The simple lines that he wrote down came into my head that morning:

FOTUS came across a particular grave – like, say, lemme see, ah yis ! – the way undercover spooks purely by a fluke come across a Republican funeral?

Now, Glasnevin Cemetery is not a small waiting room for either heaven or the less swell place below wherein the divil does dwell. To give those who have never visited the biggest ochoneyard in Dublin and who are in no hurry to do so either, an inkling of its vast dimensions:

The number of bodies in wooden overcoats buried there is almost, if not quite as many as the number of (gasp) goals which the Dubs will have (gulp) buried on their way to winning their fifth Sam Goldwyn on the trot in 2019, not.

Yes, it is that vast.

As for this dude John Stanislaus Joyce, to whose last resting place, one suspects, a well-signposted, neon-lit trail has been laid by Shoneen Nevergreens, his main claim to outfamy is his legendary pledge that under no circumstances would he ever allow a son of his be schooled by the Christian Brothers whose system is fit only for cisterns filled with:

Now just as it said that the last thing a pugilist loses is his punch so also is it that the last thing a shoneen loses is his pomposity. Despite or perhaps because of his coming from Cork Mechant Prince stock he was compelled to hightail it up to Dublin, l., s. and feral where he became a career cadger, sponger and disparager of mere C.B. boys. It was in the second City of the Empire that Stani Laus had to emulate his near nameske and continuously hop from one address to another in order to keep one step ahead of less than best pleased landords.

It is an article of faith (alleged, not) in secular Occidental England that his Devalera-dall son, James, inherited all his shirty shoneen pater’s predges to a T. You think there’d be a Bloomsday which has bloomed into a (yawn) Bloomsweek and counting, if James’s schtick wasn’t in chime with the politic of The Unionist Times?

Purely by chance, in recent times, FOTUS, the Otis Redding of Redmondism, found himself sitting on the dock of the bay in Girbraltar, native place of Molly Malone Bloom, where he broke both bread and wind with Sir Joseph Bossano, KCMG and former chief minister of the territory.

And, astonishingly, Joe Bossano (sic) told The Continuity Sticky, an alumnus of (burp) Crumlin CBS, Dublin 12,   that he himself was briefly educated by the (trouser cough) Irish Christian Brothers before, as he puts it, ‘we parted by mutual agreement”.

So, which is Patrizio Stink and which is Miguel Muck in that exhange of mutual mental impulses and other pleasantries?

It arises from Bono’s latest and saddest audition to become a condescending street busker in daylight robbery mode under his usual nocturnal guise of wearing sunglasses while collecting coppers for Charity. Thereby putting the Graft into Grafton Street with his Tusker Rock.

Mind you, in fairness going backward, the uber-virtue signaller’s pathetic efforts were not helped by some of the disparaging remarks from the unreceptive, captive audience.

A tourist from Dublin, Texas, f’rinstance, was overheard to mutter:

-Just who IS this guy ? As we say back home: he couldn’t carry a toon in a bucket.

Another more local Dublin accent was heard to roar:

-Yer only a bone-thru’-the-nose Baluba !

So the wish goes as follows: would someone, preferably from the (yawn) fawning media, where the deadbeats have no shame, PUL-eeze put a word in HIS tweed-ear before he unloads another trruckful of turds in OUR ears.

He is, after all, is he not, the one who put the Cac into Cacaophany?

Bono ought to go back to what he does best. He could start by ditching the I he has cultivated with such venom in his ainm, that he has ended up with nothing more than ego on his face, and then replace the capital I with the lower case version of the same letter in his name:

Indeed, one could even suggest – before the last of the season of goods (unwanted) will evaporate – a marketing move to target a hitherto neglected end of the canned canine business:

Over in the Orient grand, The People’s Republic of China is saying bye-bye to the Bow-Wow:

-The Year of the Dog.

Meanwhile, in dear old Occidental England, aka the disaster area known (by T.U.T.) as Craiceatoa, the Tsunami Yunes who fancy themselves as the swells and who therein do dwell south of the Black Sow’s Dyke are still playing (burp) the same old, same old dreary tunes even as (yawn, stretch) they prepare to welcome in (trouser cough) once again under the sign of HMV:

-The Year of the Lapdog.

View all posts by Jude Collins →
Reflections on Charlie Haughey
Fianna Fail and the SDLP: come and get me, big boy