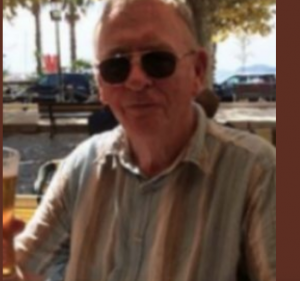 Where did the anti-Russian demonstrators in Dublin get their Ukrainian Flags?

How many Irish people would have recognised such a flag a week ago?.
Even our soldiers never carried Tricolours  in their knapsacks. and the American fetish for flying flags in their gardens never caught on in
Ireland.
The Dublin demo was orchestrated. Most of the Irish media parrot British and NATO propaganda, refuse access to those who dissent from it.
Those (generally mercenary) Parrots are merciless Censors, bent on castrating democracy in Ireland.
It would be no exaggeration to describe them as Quislings and no injustice to treat them as such.

View all posts by Jude Collins →
The war on Donbas:why we must all stand against fascism by  
PAT+JUDE TALK ABOUT DOUG+JEFFREY, PUTIN AND THE MORALITY OF VIOLENCE, & LIVERPOOL GOALIE C KELLEHER