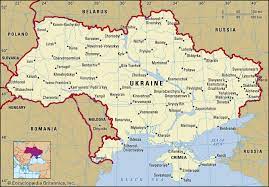 Objective  observers will recognise that the current Ukrainian crisis stems fundamentally from the US-sponsored and EU-backed coup against the legitimate government of that country in 2014.  This sought to shift a State that is divided between Ukrainian-speakers and Russian-speakers away from Russia’s sphere of influence towards NATO, the EU and the so-called “West” – which of course includes Japan.

The concept of spheres of influence is not “imperialist” or old-fashioned. It is based on the facts of geography and history and is relevant to every country’s security.  The Munroe doctrine warns non-American States to  keep out militarily from America’s sphere of influence in South and Central  America.  Washington objected to Russian missiles being placed next door to it in Cuba in 1962, whereas Vladimir Putin is supposed to find NATO-supplied weapons acceptable in Ukraine today and to be indifferent to what alliances a  sovereign Ukraine may enter into.

It is an absurd proposition, yet those  currently seeking to launch a new Cold War with Russia are asking us to believe it and to base our policy upon it.

It keeps the Western military-industrial complex happy that arms orders will keep rolling in. It prevents  a Russian-German coming together that would encourage peace and prosperity throughout the Eurasian land mass based on trade and friendly exchanges, using the Nord Stream 2  gas pipeline to the full.

That would encourage the USA to withdraw from Europe after seventy-five years, wind up its six hundred or so foreign bases and concentrate instead on dealing with the manifold problems of the American continent, leaving the problems of Europe and Asia to the Europeans and Asiatics.

That however is the last thing the Cold War hawks in Washington want, as is shown by their refusal to meet Russia’s valid concerns  in this crisis.

That is the real game that is being played  by the USA and the EU: to encourage a new Cold War with Russia, to take no account of Russia’s legitimate security concerns and give America an excuse to keep its military forces in Europe for another generation, to the endless benefit of the US/EU military-industrial complex.

As for “neutral” Ireland, the 2009 Lisbon Treaty which gave the EU a Federal-style constitution and made us all real citizens of that entity, with the  normal rights and obligations of citizenship, requires Ireland to abide by common EU foreign policy positions and abandon any real independence in foreign policy.

This essentially means that Ireland will go along with what France and Germany agree on, if they do agree, and on the Ukrainian  crisis they currently look like doing whatever Washington wants.

So the Irish Government is not going to do or say anything that advances real peace in Europe, but looks like joining in the war hysteria now rising over Ukraine rather than advocating the necessary realistic diplomatic solutions.

Instead of aligning ourselves with the EU and seeking to “punish” Russia, a sensible course that was really in Ireland’s interest would be to distance ourselves as much as possible from EU positions rather than, as Messrs Martin and Coveney  are currently  doing, rushing to condemn this or that. Most of the smaller EU States seem to be saying far less than our  armchair warriors are!

The UN Secretary-General states that if the army of one country enters the territory of another without the latter’s permission it is not a peacekeeping force.  He is right of course. But when did we hear a UN Secretary-General make such a statement when “the West”, led by America,  made illegal wars/attacks on Yugoslavia/Serbia, Afghanistan, Iraq, Syria, Libya? His predecessors were silent then.

Hypocrisy abounds. The Irish media needs to up its game significantly.

According to the “Financial Times” Russia “has demanded that Ukraine ‘demilitarise’, recognise Russia’s 2014 annexation  of the Crimean peninsula, give up its ambitions  to join NATO, pledge neutrality and negotiate the disputed borders in the Donbas with the separatists.”  Foolishly  and arrogantly recent  governments in Kiev see all those requirements as unacceptable and have refused to negotiate with the separatists throughout the conflict since the 2014 Maidan coup, encouraged by the US and EU,  which was the basis of their rule.

View all posts by Jude Collins →
Jeffrey and a car out of control
PAT +JUDE TALK ABOUT THE UKRAINE, WHEN JEFFREY MET DOUG, AND MEDICAL ADVANCES