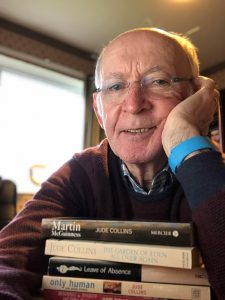 I was talking to a person the other day and the subject of a border poll came up. (Indeed, Virginia – no surprises there – how wise you are.)  This person expressed the belief that Sinn Féin were in a hurry to get a border poll and national reunification because many of its old soldiers were just that – old – and wanted to see a reunited Ireland before they died.

The person who told me this didn’t tell me how they knew this to be the case.  In ways, though, it’s hard to argue against, in that we’re all ageing (yes, even you, Virginia) so it’s presumably a widely-held hope among nationalists of all stripes that they will live to see the end of partition.  Why ‘military people’ in the ranks of Sinn Féin should be identified with this desire any more than any other nationalist, I’m not sure. Maybe the person I conversed with had access to information that I didn’t. Maybe they believe that Sinn Féin is run by old soldiers – you know, the shadowy figures theory, beloved by southern political opponents of Sinn Féin. Difficult to say. I probably should have asked them at the time but I didn’t.

The question is, is it true? Are there those republicans who were involved in the conflict who long to see the fruits of their labour, and are pressing Sinn Féin to move at speed, as they feel another pain in their chest? And why single them out in the first place? Surely any nationalist of any kind will be ambitious for a reunited Ireland at the earliest possible date? Why single out the militant Shinners?

Iimpossible to say. But I’m going to guess that the very mention of ex-combatants has the effect of reminding voters that Sinn Féin were closely linked with the armed struggle. There are many voters who see the notion of political violence, in the past or even, who knows, in the future, as abhorrent. So although the present leaders of Sinn Féin north and south were much too young to have been involved in violence or even remember the Troubles in full, this warning about old military men and women in the background calling the shots is a good a way to maybe dissuade people from voting for Sinn Féin in a few weeks’ time. It also reinforces the more general claim that Mary Lou McDonald and Michelle O’Neill are  glove puppets of more sinister forces.

The fact that my co-conversationalist was an SDLP activist has, of course, nothing to do with the matter.

How to be a Unionist without stating that you are one – by Carl Duffy
IS PRESIDENT PUTIN A DISCIPLE OF EDMUND BURKE? – by Donal Kennedy