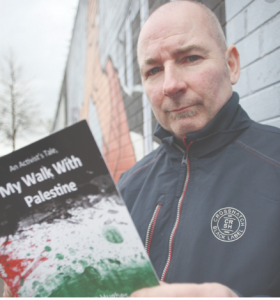 Belfast Solicitors Brentnall acting on behalf of a client are seeking a possible judicial review of the decision by OFCOM to revoke the television license for RT, formerly known as Russia Today, from broadcasting in the United Kingdom.

Ofcom (Office of Communications) is the regulator for the communications services and the post office of the United Kingdom.

Ofcom is funded by fees from industry for regulating broadcasting and communications networks, and grant-in-aid from the UK Government for undertaking concurrent competition regulation and managing radio spectrum.

Its annual report is relayed to the British Parliament each year by the Secretary of State.

“Ofcom has today revoked RT’s licence to broadcast in the UK, with immediate effect. We have done so on the basis that we do not consider RT’s licensee, ANO TV Novosti, fit and proper to hold a UK broadcast licence.”

Ofcom has been quoted in the Guardian newspaper saying ‘it had taken concerns about freedom of expression into account but it concluded that the decision to immediately revoke RT’s licence was a “proportionate and necessary” move in a democratic society.

The culture secretary, Nadine Dorries, welcomed Ofcom’s decision and said RT’s “lies and propaganda” had “absolutely no place on our screens”.

She had previously told MPs she hoped the watchdog’s investigations into “due impartiality” at the broadcaster would result in the removal of its licence.

A spokesperson for RT said it still hoped to reach British audiences online but the channel “has come under immense pressure as part of a concerted effort to stifle alternative voices in news”.

It added: “There is no doubt that Ofcom’s decision to revoke RT’s broadcasting licence is political. For many years the UK was looking for a formal reason to close RT but they tried to maintain the appearance of maintaining freedom of speech.

“Now all masks are off. We were banned from working for one reason: any point of view in the west that is different from the official one now has simply no right to exist.”

Today we are living in an information war.

It could be argued that has always been the case. State media report state narratives.

The role of media which claims to hold power to account has simply become a tool of government and the media moguls who own many of the privately published newspapers radio and television stations and increasingly social media constructs such as Facebook, Instagram, TicTok and Twitter are conjoining the narratives of consumerism and politics, propaganda and shopping.

The mainstream media have become a weapon of mass deception.

From Hollywood movies portraying the values of western Christian civilisation to non-governmental organisations involved in regime change operation in independent sovereign nations, the role of coalescing public consensus agreeing to military intervention is spuriously based on humanitarian concerns for public safety which do not apparently include the 25 million Yemini who face the prospect of imminent death from an illegal, sanctions-induced famine nor indeed those facing a similar death in Afghanistan.

The selective qualification of the imperialist west as to who gets invaded, who gets sanctioned, who gets bombed, and who gets saved in this hierarchy of victims, this collage of good refugees and bad economic migrants,they decide who gets admitted into Europe and who drowns in the Mediterranean sea, is brought to you with the complicit endorsement of the main stream media.

The media tell us who is the enemy, who is the bad guy, who we should raise aid and money for and who should be allowed to be burned in a Trade Union building in Odessa.

RT has been banned in the European Union.

The only voices we are allowed to hear concerning the war between Russia and Ukraine is that which is promoted and filtered by NATO, EU,  Britain and America

A wall-to-wall feast of one-sided unchallenged trumpeted propaganda designed to brainwash and condition European and American society for further conflict and continued war.

It is incumbent on all of us individually and collectively to question what we are being asked to believe by the media to be the truth, the whole truth and nothing but the truth.

We must strive to gather as much information as possible from as many divergent media sources as possible in order to form a balanced researched informed understanding of what is really happening between Ukraine and Russia and also the geopolitical ramifications of a wider conflict.

When the counter-narrative is banned. When Independent alternative media is sidelined. When voices of dissent are silenced, we are entering the territory of totalitarianism or fascism of societal control through media manipulation.

I for one welcome and celebrate the stand taken by one individual in my native city of Belfast to demand, we the public have the right to freedom of information from any and all sources in order to have the full facts at our disposal when our governments are advocating war or taking one side against another in a distant conflict

We the people must decide right from wrong good from evil.

We the people have a right to discern the truth and not to be spoon-fed propaganda by knee-jerk reactionaries many of whom profit from war and conflict or whose jobs rely on their compliance.

We need media that condemn unjust wars and demand the truth.

What we have is truth in jail , Julian Assange.

And the warmongering politicians who put him there.

Below is a statement from Brentnall solicitors acting on behalf of their client who wishes to remain anonymous.

I can fully understand their reticence to be identified in the toxic environment that we find ourselves living in.

A Brentnall Legal client today lodged a formal challenge to the decision by British State media regulatory body ‘OFCOM’ to withdraw Russia Today’s broadcasting licence; holding that partisan censorship is both contrary to public law, contrary to European Convention rights, contrary to the Human Right Act and Irrational, in that it hampers informed consensus and so prolongs conflict.

The Applicant seeks to remain anonymous for reasons of personal safety in the current social climate.

The Applicant is a former Irish political prisoner and trained restorative justice/conflict resolution practitioner. He is a keen and active advocate for the Irish peace process who regularly dedicates his time to meeting international delegations of influence within former, current and potential conflict zones with a view to utilising his own experiences in order to promote conflict resolution and avoidance of violence there.

In this capacity the Applicant has in recent years travelled to former and current conflict effected regions of Europe, where he conducted dialogue with former political prisoners, combatants, and other political figures of influence, sharing his own insight and experiences in order to help promote conflict resolution as an alternative to violent politics.

In 2015, he met with representatives of Russian speaking ‘separatist’ activists in the already war-torn Donbass region of Ukraine and shared his ideas, experiences and perspectives of conflict resolution with a view to assisting with a peaceful resolution there.

Since that time, the Applicant has been of the informed opinion that Western European state coverage of the Donbass/Ukraine conflict: its causes and exacerbations was grossly insufficient, leading to what today is a dearth of relevant knowledge on the now evolved conflict/war between Russia and Ukraine.

The Applicant strongly feels that this absence of relevant knowledge may now have real, stark and grave consequences; given that popular and widespread discourse is occurring around the potential for NATO countries (including the UK) to get involved in the ongoing conflict, leading to potentially devastating consequences for multitudes of people, not least with the looming prospect of the utilisation of nuclear weapons.

The applicant had previously challenged (via pre-action correspondence) UK culture secretary Nadine Dorries in her decision to direct her department to lobby all private media providers here to block the provision of news into the UK which reflected the political position and perspectives of Russian speaking citizens in the breakaway Ukrainian regions of Donetsk and Luhansk, collectively known as ‘Donbass’.

On learning that OFCOM has now acted on the minister’s advice, he has challenged them also.

The opinions and perspectives of Russian speaking citizens in the breakaway Ukrainian regions of Donetsk and Luhansk (alongside those of citizens in Western Ukraine) are, in the opinion of our client, vital to the process of forming an in depth understanding of the current conflict in Ukraine.

He believes that it is impossible to make an informed opinion on the current conflict without consideration of all such opinions and that the directives of the Culture Secretary are preventing such opinions from occurring, resulting in an eschewed public position on NATO intervention.

Please note also, that our client is totally opposed to any similar such censorship in Russia, and that together he believes such practices can only exacerbate and prolong the conflict.