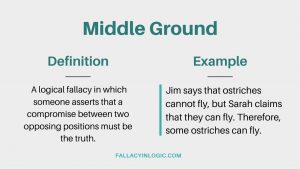 There’s a seemingly increasing number of people in the North of Ireland who identify as neither nationalist nor unionist. While I can certainly see the appeal in trying to remove these labels – one must wonder what this position means? Perhaps, they want the six counties to be a sovereign state that’s separate from both the UK and the rest of Ireland. However, I never hear anyone advocate this unrealistic potential solution nor is there any provision for it in the GFA. I suppose it’s only fair to wonder how an ostensibly different position to that of Irish reunification or maintaining a union with the UK exists. The reason this position seems so illogical and unintelligible is precisely because it doesn’t make any sense. People who come out with this undiluted bilge are typically ‘soft’ unionists. To identify as neither unionist nor nationalist implies some level of comfort around the status quo and in turn shows either complicity or support – albeit ‘soft’ support – for the North of Ireland remaining part of the UK.

There are various other ways for conveying a Unionist stance without explicitly calling yourself one. One can also stay silent or attempt to shutdown the discussion any time United Ireland is advocated. Alternatively, people can insist that they’re completely indifferent on the constitutional question. Whatever method is used basically attempts to suggest that there is some sort of magical third option for what is realistically a binary choice.

Invariably, I often get the impression that people who espouse this nonsense feel somewhat enlightened. They have somehow risen above the narrow confines of being a nationalist or a unionist and avoided all the ugliness and tension that sometimes accompany these labels. It’s rather bizarre that one can ultimately take a ‘soft’ unionist position which defends the right of a foreign country to control our affairs – outside of devolved matters – and simultaneously feel enlightened. Far from adopting  a deeply ethical or enlightened stance, what these people are doing is exercising a privilege that nationalists don’t have, namely, because they’re comfortable – I would also argue brainwashed – with the current status of the North being part of the UK they’re happy to ‘park’ the constitutional question whilst maintaining the guise of being indifferent. Desire for Irish reunification is a legitimate political aspiration and is a key part of the GFA, yet even after 24 years many treat it as an almost taboo subject. It’s hardly surprising that many people operate from a baseline unionist perspective considering that many of our institutions and media do the exact same. The normalisation of these sort of attitudes conveniently promotes the docility that is required to maintain this rotten little statelet.

If you are a ‘soft’ unionist that is fine. I may not agree with this viewpoint but at least it’s transparent and I have much more respect for unionists who explicitly state this rather than dancing around it. Fortunately, at some stage in the not-too-distant future we will right the historical injustice of partition when we achieve a United Ireland. Perhaps then we will also be able to exercise this privilege. When the inevitable happens we too can say we’re indifferent or stay silent about the constitutional status now that we’re comfortable with living in a 32 County Republic.

View all posts by Jude Collins →
PAT + JUDE TALK TO PAUL GOSLING
A border poll: what’s the hurry and who’s creating the hurry